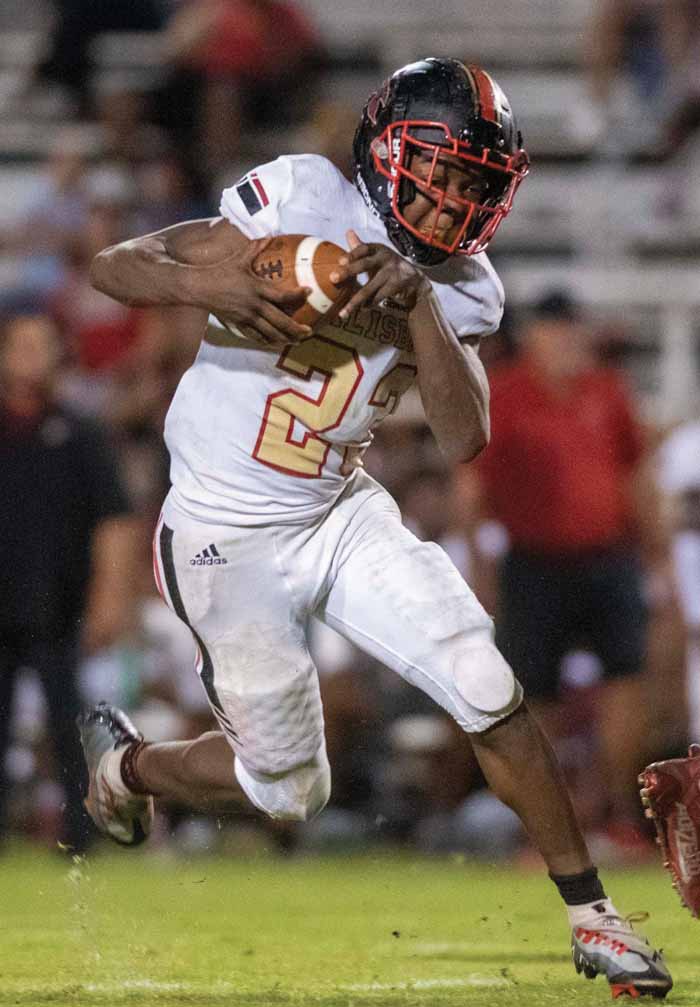 LANDIS — Salisbury’s football team will head into its Central Carolina Conference schedule with a full head of steam.

The Hornets (3-1) recorded their third straight double-digit victory and closed the non-conference portion of their schedule with a convincing 41-0 triumph Friday night at South Rowan.

“We’ve gotten better every week,” first-year coach Clayton Trivett said. “We finally put it all together. Yeah, we’ve still got some mistakes we’ve got to fix, but overall I’m happy with it.”

There was much to celebrate against reeling South (1-3). Salisbury amassed 571 total yards, including 388 on the ground. With running back JyMikaah Wells (injured left ankle) sidelined as a precaution, sophomore Jumal Rule put up some big-league numbers for the second consecutive week. He rushed 16 times for 226 yards and scored two touchdowns. Quarterback Mike Geter also had a top-shelf game, completing 8 of 10 passes for 154 yards and three scores — two of them to wide receiver Nature Smith and another to Deuce Walker. The SHS defense limited South to 144 total yards and forced two fumbles, recovered by DaShawn Brown and DJ Adams.

Both teams open their conference schedules on the road next Friday. Salisbury plays its fourth straight away game at Thomasville as it prepares to defend its CCC championship. South launches SPC play at Northwest Cabarrus.