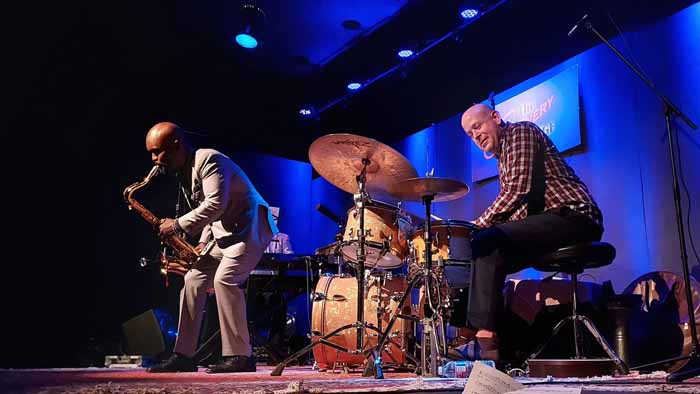 SALISBURY — A North Carolina native known as one of the best jazz drummers in the country will bring his unique style to Salisbury on Sunday, Sept. 11, at a community concert presented by First United Methodist Church of Salisbury.

Geoff Clapp and his band – The Geoff Clapp Trio – will perform beloved jazz tunes as well as jazz-inspired renditions of Christian hymns at the free concert at 2 p.m. in the church sanctuary. Earlier that day, Clapp will team with the church’s music director, Joshua Starnes, to provide special music at the 11 a.m. worship service.

While growing up in Morganton, Clapp learned to play drums at an early age. According to the website All About Jazz, “He grew up playing in the church and still loves to play and grow as an artist. With a unique and wide palette of musical styles, Geoff is equally comfortable laying down a groove with a Sunday morning worship team as he is on stage with his jazz contemporaries.”

Clapp has played and collaborated with the best jazz musicians in America, including artists from the famed Marsalis family.

“Mr. Clapp has been a joy to work and tour with along the years,” said family patriarch Ellis Marsalis Jr., before his death in 2020. “He also is one of the finest brush players I’ve ever heard and a true master of his craft.”

Brush drummers use wire “brushes” when they want to create more varied tones, such as swishing sounds, or softer or lower volumes that wooden drumsticks cannot deliver.

Clapp also has toured with other talented brush drummers, as well as leading trumpeter and music composer Terence Blanchard, Saturday Night Live saxophonist Ron Blake, and many of the Marsalis family members, including jazz trumpeter Wynton Marsalis, with whom he shares a love of teaching young musicians.

Clapp has released two CDs in his career, the latest being “Redeemed.” The title track is the only original song he has written and was inspired by his recovery from addiction in 2018. Brian Blade, also a renowned jazz drummer and a longtime friend of Clapp, said of the latest album, “The music of Geoff Clapp and his virtuoso collaborators is a joyful and uplifting testimony.”

In past interviews, Clapp has said he hopes others dealing with the challenges of addiction will draw strength from his music and story.

“Music is the eternal inspirer and healer to the people. I’m honored and grateful for my God-given gifts that have led me on my life’s journey,” he has said in interviews.

The artist studied jazz and classical percussion from 1987-1989 at the North Carolina School of the Arts. He completed his undergraduate work jazz studies at the University of New Orleans, where he met and studied under Ellis Marsalis.

In addition to performing and touring in the United States, Europe, Asia, Africa and Canada, Clapp has spent much of his career teaching young musicians in New Orleans and in Wynton Marsalis’ Lincoln Center education programs in New York. He starred in several episodes of the television show NCIS New Orleans as a performer and composer and has been featured on over 500 recordings with other esteemed jazz artists.

For more information about the Sept. 11 performance, call First United Methodist Church of Salisbury at 704-636-3121 or email Joshua Starnes at josh@fumcsalisbury.org. The church is located at 217 South Church St., Salisbury.