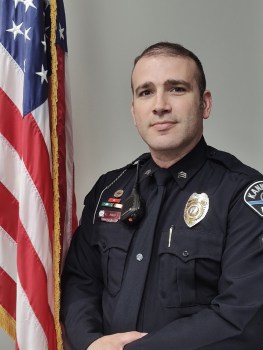 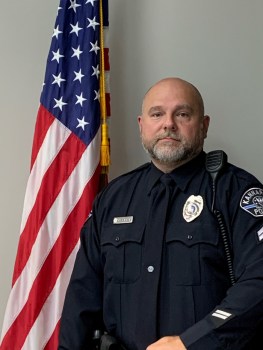 KANNAPOLIS — The Kannapolis Police Department has promoted Christopher Hamilton and Ramsey Nimer to the rank of sergeant.

Hamilton began his career with Kannapolis as a patrol officer in 2004. He was designated as a K-9 handler in 2007 and as a field training officer in 2008. Since then, Hamilton has completed the requirements of police officer II and master police officer. He is also one of the department’s Unmanned Aerial System operators.

Hamilton received the Police Star award in 2007 and was the 2015 recipient of the Roger Dale Carter Memorial Service Award.

He holds an Advanced Law Enforcement Certificate from the N.C. Criminal Justice Education and Training Standards Commission and has completed over 5,000 hours of professional training. He is a graduate of South Rowan High School and completed his Basic Law Enforcement Training at Rowan-Cabarrus Community College.

Hamilton and his wife, Elizabeth, have a daughter, Autumn.

Nimer began his career with Kannapolis as a patrol officer in 2017. He was designated as police officer I and II, became a member of the agency’s honor guard in 2021, and was designated as a field training officer this year. Nimer has completed the Intermediate Law Enforcement Certificate.

Nimer is a graduate of Concord High School and completed his Basic Law Enforcement Training at Rowan-Cabarrus Community College. He has over 1,400 hours of professional training. He and his wife, Wendy, have three children, Riley, Ethan and River.