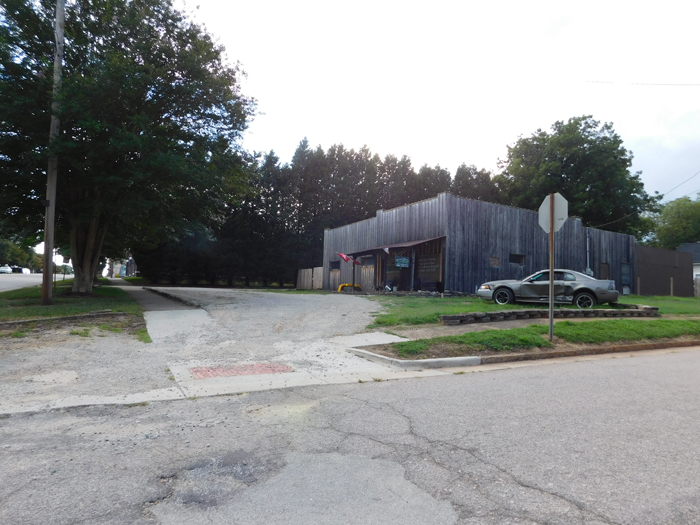 Spencer officials have decided to take another look at the zoning possibilities for the New Edge Paint and Repair shop. Elisabeth Strillacci/Salisbury Post

SPENCER — At Tuesday night’s Spencer Board of Aldermen meeting, Steve Blount, director of planning for the town, addressed the ongoing issues with New Edge Paint and Repair shop on Salisbury Avenue.

The business owner, Michael King, was granted a conditional zoning permit for the business in December after it began operating out of a facility not zoned for vehicle service and repair.

Since receiving that permit, which has several restrictive conditions, King has said it feels like the town does not want him there, neighbors have complained he is not following the conditions and town officials have tried to find a way to meet in the middle.

At its meeting last month, the board raised the issue of continuing complaints involving the business not living up to the conditional agreement that allowed it stay open. Tuesday night, Blount said in particular the concern he heard the most was about parked cars in front of the business after hours.

“As of right now, Mr. King is in compliance,” Blount said. “There is only one ‘display’ car parked out front overnight. During the day, employee and client cars are parked in front, but overnight, just the one.”

Blount said he would encourage the town to work with King to modify some of the conditions originally placed on the business, such as changing the restriction of hours of operation from 10 a.m. to 5 p.m. Monday through Friday and 10 a.m. to 3 p.m. on Saturdays to a consistent 8 a.m. to 7 p.m. Monday through Saturday.

“As a business owner, I think the hours he is currently allowed is a ridiculously short period of time,” said Blount.

He also suggested addressing the wide right of way on Second Avenue of 60 feet, which means half of the side yard of the business is not available to King.

“He could extend the privacy fencing on that side and park another six cars there,” said Blount. When asked, he said the fence would need to be at least 6 feet high, but would be better at 8.

“We keep dancing around the issue,” alderman Sam Morgan said. “The truth is his business is too big for the parcel. The property is in the historic district as well, if I’m not mistaken. You can’t put but so many vehicles there, and you can’t screen properly because of the right of way. It should not have been approved in the first place. You can’t put a square peg in a round hole.”

It was also pointed out that if King does not comply in the future, a warning notice will be issued with a timeframe for correction, and if not corrected, a fine will be issued, but not to King. It will go to the property owner.

Blount said the town has several options, but he urged the board to consider re-opening the conditional use permit and making modifications.

Mayor Jonathan Williams called for a motion to re-open the permit and hold a public hearing, and Blount said if the posting could be done in time, they could discuss it at next month’s meeting.

“I don’t disagree that the lot is smaller than is optimal for this business, but restrictions like these are not a business you want to get into,” said Blount, who said his work to try to find compromises to help King stay open and running have been “herculean.”