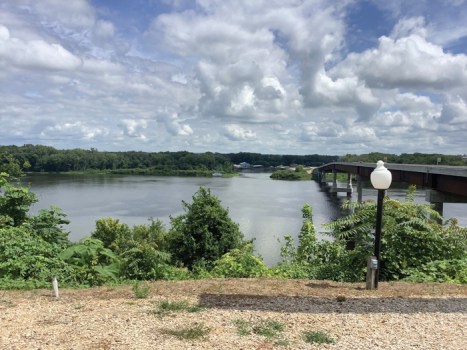 This was the view of the Mississippi River from the town of Louisiana, Missouri. David Freeze photo 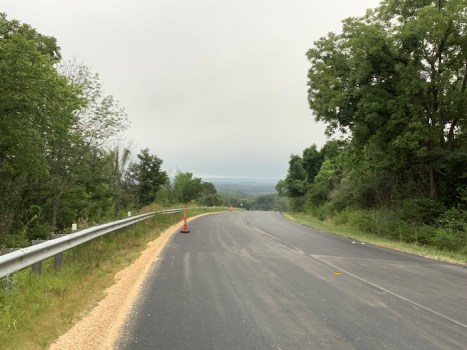 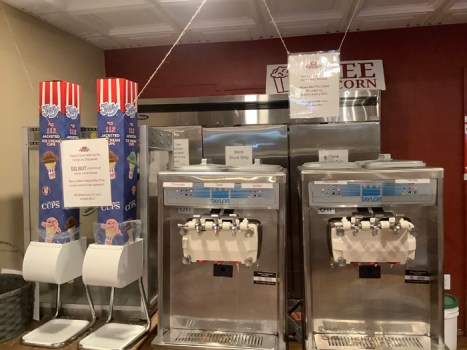 The free ice cream machines were a big hit at the General Store in Hannibal. David Freeze photo 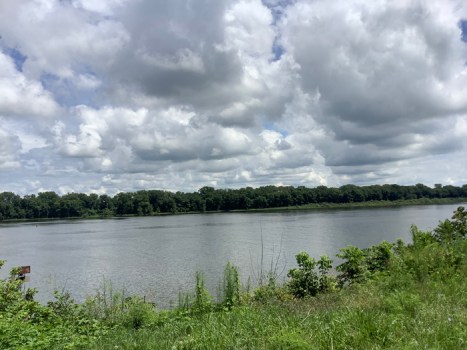 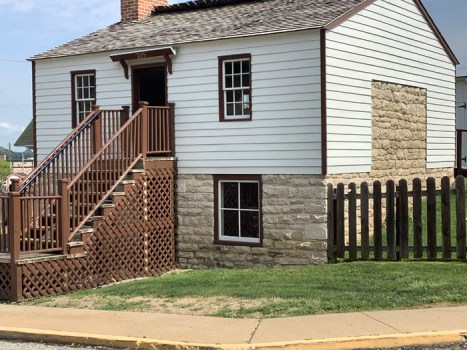 Last night, I decided to sleep on which way to go today. Options were going to Illinois, returning to U.S. 61 or following the Great River Road on US 79. I expected all three to be hilly because that is what this area does. I chose US 79 in hopes of seeing more of the river than the other two would provide. Leaving Hannibal at 6:30am, I had the trip’s first cool and foggy morning and enjoyed it as the climbing began just past the famous Lover’s Leap. For 15 miles, I climbed half mile long steep hills, rocketed down the other side and climbed another one. U.S. 79 was in the process of paving for at least 25 miles, an improvement definitely needed. Twice I passed scenic outlook signs, something I didn’t follow because more sideways climbing was required.

The slow pace only had me at about 35 miles by noon. I arrived in Louisiana, Missouri, and took some photos of the river there. Then back to U.S. 79 for a ride to Clarksville, Annada (with a population of 29) and on into Ellsberry, where I’m spending the night, after just 59 hilly miles. A long flat stretch started in Clarksville and I’ve been seeing trains ever since. My motel is across the road from the tracks. Tracks nearby mean flatter riding!

I had two reasons for stopping here. There has been little to no cell phone coverage for AT&T and Verizon most of the day and I took a chance on the last room of the only motel in Ellsberry. I got the photos out to the Post editors and hope to get this story submitted on the less than stellar Wi-Fi. The second reason was to set the distance for a doable ride through St. Louis.

I had an ongoing conversation with the motel manager hoping she could free up a room. That part worked, but the details of me making a trip to Dollar General for cleaning supplies will be told in the book. All is well now and I’m hoping it stays quiet. By the way, Ellsberry is really small at about 2,000 inhabitants, but it has a huge DG complete with produce and lots more. I got my food and water for tonight and tomorrow there too.

When planning this trip, I was going around St. Louis. With the Great River Road map in place, I am going there tomorrow and hope to spend the night on the southern side after battling their traffic. I will follow US 79 to the city and then find my way through using a city map which I will study shortly.

I did get to see the river numerous times today but probably won’t see it at all tomorrow. The challenge will be finding a safe way through St. Louis, then we’ll resume getting as close to the river as possible.

See you back here tomorrow!