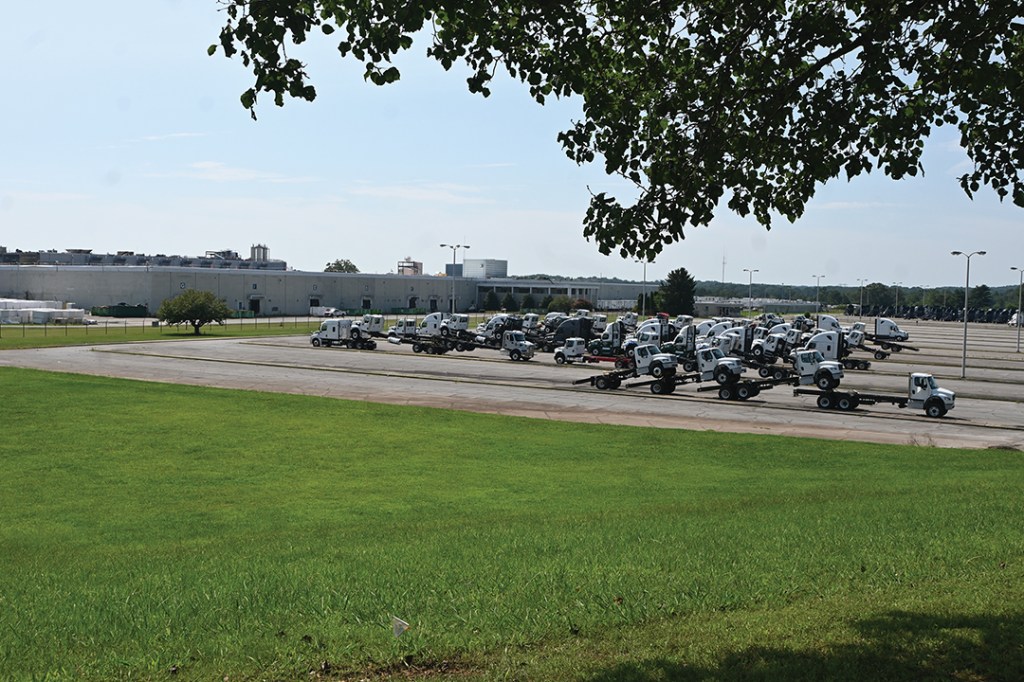 Madeline Wagoner/Salisbury Post — The Eastern Fence location on Statesville Boulevard plans to open 40 job positions and invest $10.5 million into the facility for new equipment and upgrades.

SALISBURY — Job hunters have a new possibility waiting for them at Eastern Fence on Statesville Boulevard.

The Rowan Economic Development Council has announced that the company, which specializes in the manufacturing and distribution of fences and rails, is preparing to add 40 new positions at their facility with additional plans of improving the plant.

After opening in 2020, the success of the location allowed the Rowan County facility to invest $10.5 million in equipment upgrades and careers to bring even more revenue to the area’s economy after being in business for less than two years. The Rowan County Board of Commissioners awarded the company an Economic Development Investment Grant originally when Eastern Fence was in its opening phase, when they projected an initial $17.5 million investment and 142 job openings.

According to the board’s chairman, Greg Edds, companies that invest $5 million or more into its business to create more job opportunities for community members are eligible to apply for grants under the Rowan County grant investment program. Grant awards are based upon each project’s estimated tax revenue generation.

“What was of great interest to us at that time (of awarding the original grant) is we had the former Durafiber Industry that closed down years ago,” Edds explained. “We wanted to bring that location back to life. Eastern Fence was a welcomed employer to come here that would bring the 142 jobs initially to breathe life back into that area of the county.”

The facility stands at 7401 Statesville Boulevard in Salisbury, leading into Cleveland. Vinyl, wood, ornamental and chain link fences are produced and distributed out of the location, and the company also has centers in Medford, N.Y. and Fort Mill, S.C.

“Eastern Wholesale Fence LLC is excited to be expanding its operations in Rowan County. We have experienced a great deal of success in less than two years since beginning our operations in Rowan, which has facilitated the need for additional expansion and job creation,” said Eastern Fence’s Chief Executive Officer Peter Williams. “These upgrades and new positions will further enable us to efficiently serve our customers with our high-quality products. We appreciate the continued support of the Rowan EDC and Rowan County, and look forward to continued partnership for years to come.”

The Rowan EDC announced Tuesday that the original grant has been extended by the Rowan County Board of Commissioners to continue supporting the growth of Eastern Fence in Salisbury and help with effects COVID-19 has had on the company when it was opening its doors.

“It’s exciting for us when you get a company that comes here and they have locations around the countries to choose from when they’re looking at doing an expansion,” said Edds. “When they choose you (Rowan County), after only being here for a couple of years, then it says a lot about how they regard the county.”

He went on to say that when a company decides to continue to deepen its relationship with the community, it speaks well about the community and how they consider the work force, facilities, business-friendliness and amenities that Rowan has to offer.

Rowan EDC President Rod Crider said there has been an increase in prospects and visitations by manufacturing and distribution companies in recent years, but he wants the businesses to know each one will be a part of the community.

“We’re not just going to get them settled and leave them,” he said. “We’re here to nurture and support them. We’re very excited about this growth.”