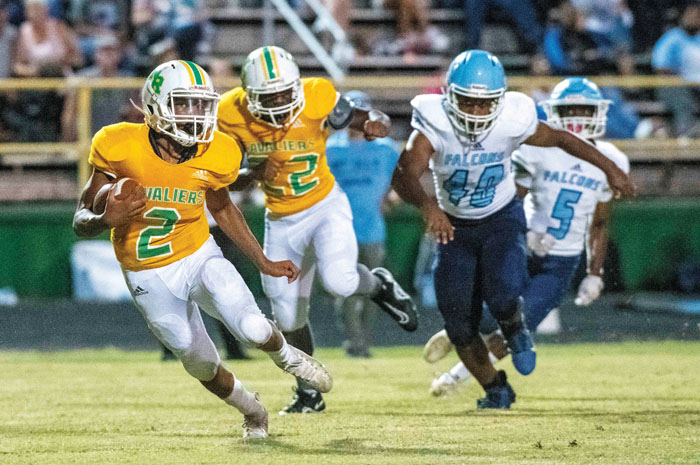 LANDIS — The date for the 4th annual Rowan County Football Jamboree is Aug. 12.

Rowan schools host the event on a rotating basis. This one is at South Rowan, so the 2023 version will be at either Carson or East Rowan.

West Rowan was the host team for the first one in 2018. North Rowan was the site in 2019. After COVID knocked out the 2020 Jamboree, it returned successfully in 2021 at Salisbury.

In addition to COVID, lightning has been a serious adversary. It turned the 2021 Jamboree into a parking-lot traffic jam and a two-day deal for some teams.

It’s a long day (and night) on the field with five scrimmages — from 5 to 10 p.m, and that’s if everything goes smoothly. There’s always a chance of a random lightning bolt creating a delay.

Except for special teams, it’s basically two halves of real football, but there’s a running clock for most of the action.

A number of high-profile offensive players with a ton of staggering stats are back in the county, including the North Rowan trio of quarterback Jeremiah Alford, receiver Amari McArthur and back Jaemias Morrow and the Salisbury trio of quarterback Mike Geter, running back JyMikaah Wells and receiver Deuce Walker.

A.L. Brown’s Xavier Chambers, a safety and receiver, has been offered by Missouri.

Luke Graham, who is expected to be West Rowan’s new quarterback, finished up his American Legion baseball season on Thursday.

East Rowan, West Rowan, South Rowan, Carson and Salisbury have been designated as the “home teams.”

Teams will scrimmage with opponents they won’t face during the regular season.

Cost for the Jamboree is TBA.