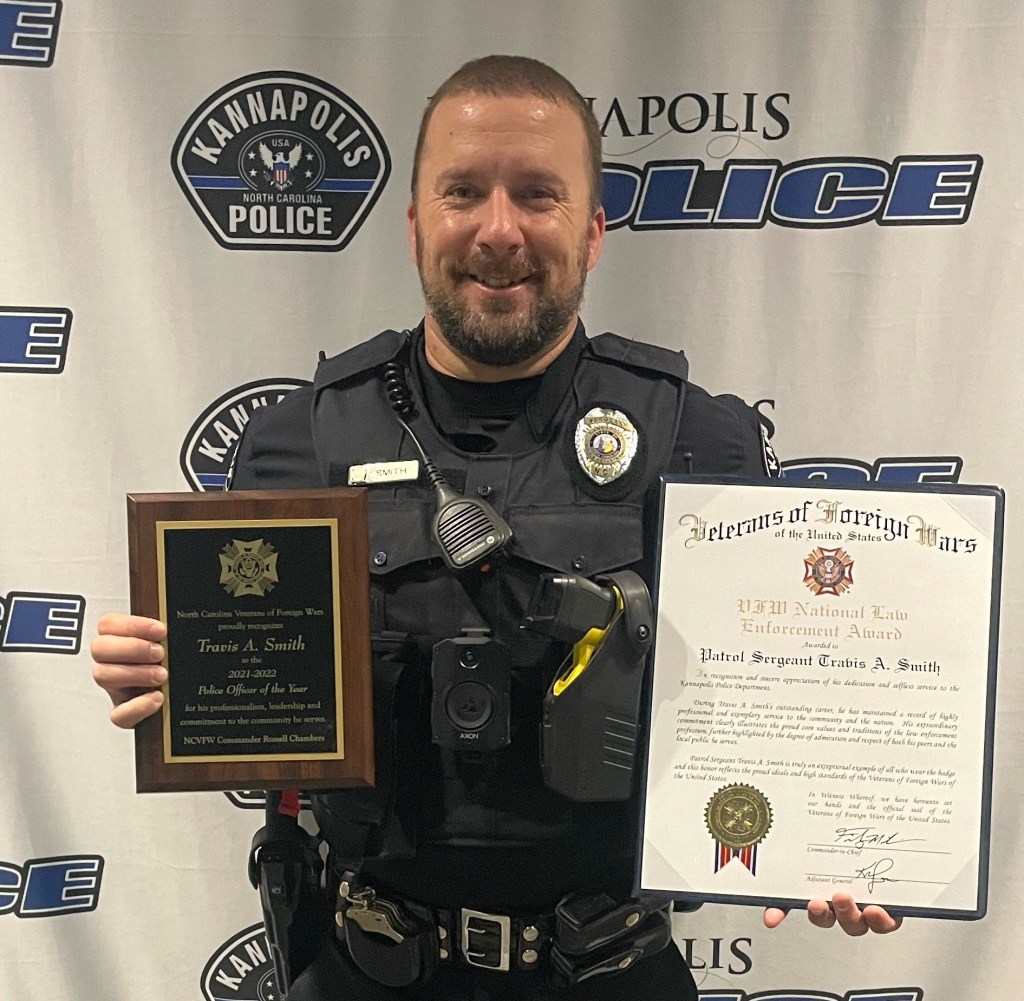 KANNAPOLIS — The Kannapolis Police Department is now home to the 2021-2022 North Carolina Police Officer of the Year.

The award, sponsored by the Veterans of Foreign Wars organization, was presented to Sergeant Travis Smith this week after careful consideration from the voting committee.

Smith was selected based on his professionalism, leadership and commitment while serving Kannapolis.

A veteran of the U.S. Marine Corps and the Army Reserves, Smith completed a deployment to Iraq during his time in the armed forces.

Since then, he has been a vital member of the Kannapolis Police Department, highlighted by moments like receiving a Life Saving Award in 2013 from the department after rescuing a person from a burning home.

Smith became a sergeant in 2016 and currently is assigned to Patrol Squad D.

Smith is a graduate of Northwest Cabarrus High School, and began his career in law enforcement as a patrol officer with Kannapolis.

As a result of winning the award on the state level, Smith is also now recognized as a National VFW Police Officer of the Year.

He was nominated for the award by Kannapolis VFW Post 8989 and was selected from a field of police officer candidates from around the state.