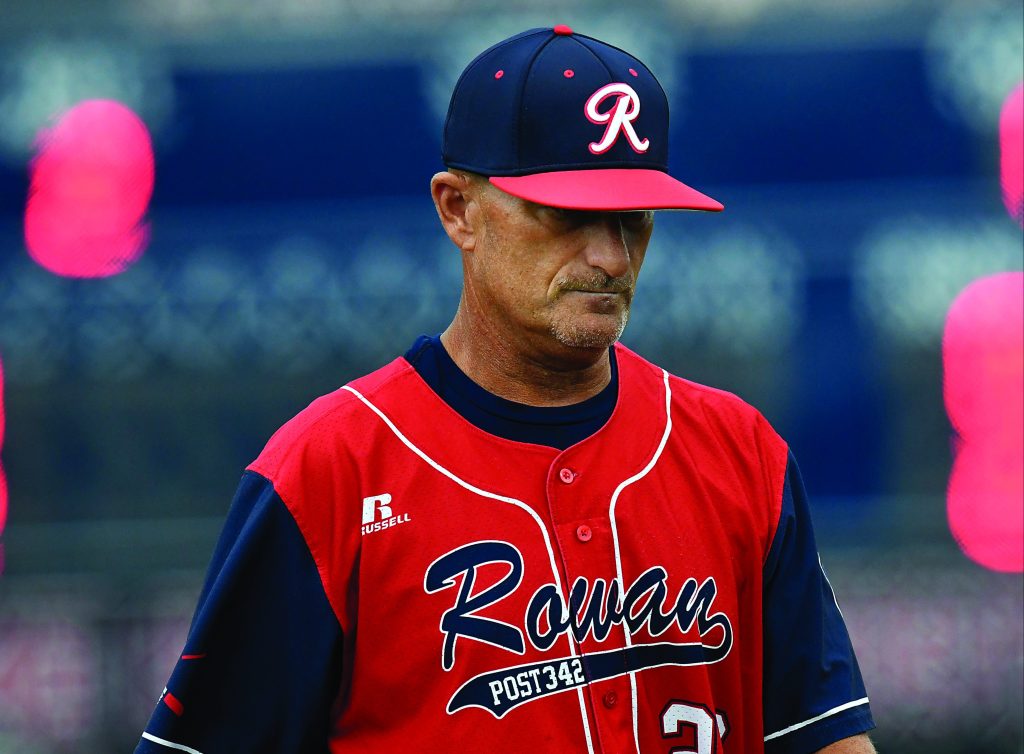 Rowan coach Jim Gantt picked up win No. 600 on Thursday. File photo by Wayne Hinshaw, for the Salisbury Post

SALISBURY — Right fielder Elijah Palmer squeezed a fly ball to finish off a no-hitter, as Rowan County breezed past Mooresville 8-1 on Thursday in American Legion baseball.

Casey Crawford, Matthew Connolly and Luke Graham combined on perhaps the oddest no-hitter in program history — the Rowan trio teamed for just four strikeouts and eight walks — but the bottom line was they did enough to give Jim Gantt his 600th win as Rowan County’s head coach and kept Rowan unbeaten in the Southern Division of Area III.

Gantt has been Rowan Legion head coach since 2001. Those 600 official Legion wins don’t include the 23 games his squad won in “NC3” baseball after American Legion shut down for the COVID summer of 2020.

Gantt, who also has more than 900 wins as Catawba’s head coach, reached his latest milestone at renovated Newman Park.

Crawford started and lasted into the third inning when control issues led to a call to the bullpen to Connolly. Mooresville scored in the third on Jay Leonard’s sac fly.

Connolly took the game to the sixth, and Graham was able to finish.

Mooresville committed a key error in the bottom of the first, and Rowan (25-7, 9-0) took advantage to score three runs. Blake Hill’s two-run double was the key blow and put Rowan on the road to its 10th straight victory.

Jackson Deal singled home a run in the second for a 4-0 lead.

Casey Gouge’s sac fly and Cameron Burleyson’s RBI single made it 6-1 in the third.

Burleyson had an injury scare earlier in the week, but he was back in the lineup. That allowed Connolly, Rowan’s other catcher, to pitch.

Gouge doubled to start the fifth. Graham bunted him over to third. Burleyson’s sac fly made it 7-1.

Aiden Schenck walked and scored Rowan’s final run on a passed ball in the sixth.

Rowan will send Gouge (6-0) to the mound tonight when second-place Kannapolis visits Newman Park. Rowan will be seeking to clinch the division.