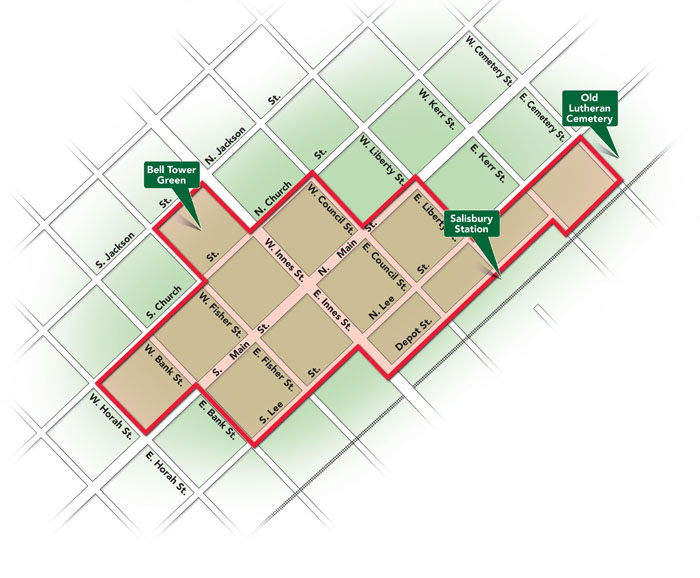 SALISBURY — After months of discussion and preparation, Downtown Salisbury’s new social district will start on Friday.

The district will allow consumers to purchase alcoholic beverages from state-licensed businesses and restaurants and walk around a designated area downtown. Drinks must be carried in specially-marked cups.

“We are optimistic about the impact of the (district) on downtown businesses and the community in general,” said Sada Stewart Troutman, director of Downtown Salisbury Inc. “As other communities who have implemented a social district have seen, we hope this is an opportunity to bring new dynamism to downtown.”

The boundaries of the social district, which generally include several city blocks around the heart of downtown, will be marked with signs. A boundary map also is available on the Downtown Salisbury website, and accessed via the QR code on all social district signs. Drinks must be consumed within the social district and before entering any vehicle. 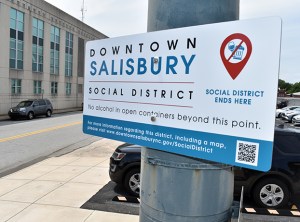 Alcoholic beverages may not be consumed or sold during and within the boundary of a public street festival, during a special event sponsored by the City of Salisbury, or within the boundary of Bell Tower Green park when the event is permitted and held per city ordinance. This does not prohibit the sale and consumption of alcoholic beverages within Bell Tower Green park pursuant to a properly licensed and permitted event.

Downtown Salisbury Inc. has been leading the push to create the district since the state legislature last year passed a bill allowing for the districts in an effort to bring business back downtown after the COVID-19 pandemic. Kannapolis was quick to establish a social district of its own in the fall and other towns and cities have followed suit.

Stewart Troutman said the organization is “thrilled that Downtown Salisbury is able to have a social district, and see this as a privilege that will enhance the experience of our downtown for residents, visitors and business owners.”

“With the preparation we have done, we expect the (social district) to be a positive environment for all participants, and thank everyone in advance for working with Downtown Salisbury as we get this off the ground,” Stewart Troutman said.

Other businesses will allow alcoholic drinks in their stores, but will not sell them. Participating businesses, including retailers that allow drinks into their stores, will feature a “Downtown Salisbury Social District” sticker at the door/window.

Stewart Troutman expects the list of participants to grow over time.

“We have new businesses in the pipeline who have already said they are excited to participate when they open, and some existing businesses who may join after they are able to educate staff or assess the operation of the district, so I do think more will begin to participate as time goes on,” she said.

Paul Bardinas, co-owner of Carpe Vinum 121, doesn’t expect the new social district to have a major impact on the fine-dining restaurant, but he does think it will “liven up downtown a bit” and provide a boost to other restaurants and bars. Bardinas said the district could prove to be “great for our community” by promoting more downtown foot traffic.

Violations of social district rules should be reported to the Salisbury Police Department at 911.

For more information, lists of participating businesses and rules and regulations, go to downtownsalisburync.com/socialdistrict.