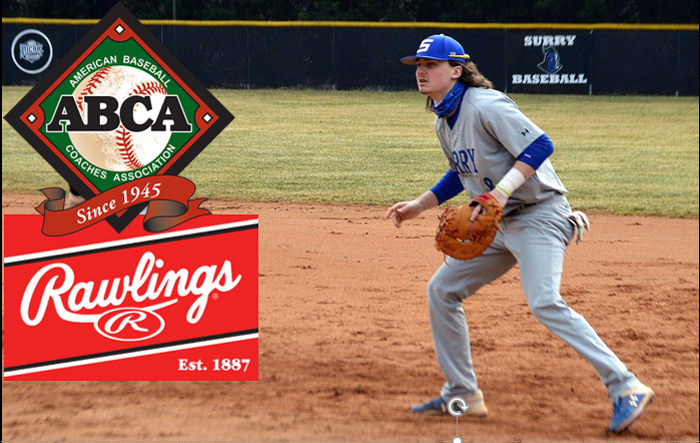 The next stop for Bebber will be St. Andrews University in Laurinburg.

Bebber signed with the Surry Community College Knights after completing his high school baseball career with South back in 2019.

With COVID crushing the 2020 spring seasons, every college athlete was granted a redshirt year if he or she wanted to use it, and Bebber used it. He just finished his extended career with the Knights in May.

“Bryson has been a great example of how an individual can come to Surry after not being heavily recruited out of high school and benefit from our program,” Surry AD Mark Tucker said.

Bebber swung the bat respectably this spring — .244 with 19 RBIs in 42 games — but it’s his grades (4.0 GPA as a senior) and his first baseman’s mitt that are giving him a chance to continue his education and his playing career.

Recently, Bebber received an ABCA/Rawlings Gold Glove Award for the 2022 season, meaning he was considered the top defensive first baseman for all the 90-plus Division III junior colleges.

Bebber had 235 fielding chances this season and was charged with only two errors — a .991 fielding percentage.

“This Gold Glove Award is extremely special because I pride myself on my defense,” Bebber said.

Bebber is only the second player in program history to win a Rawlings Gold Glove.

Bebber didn’t become a defensive whiz overnight. He was really sharp defensively for South as a senior when he became a full-time first baseman. He’d played a variety of positions before that.

He made the Region 10 All-Defensive team for Surry in 2021, as well as this season.

Bebber, a good athlete who once had a two-interception game for South’s football team, gave credit to his Surry coaches and teammates for being able to take the next step.

“It’s been an honor to play at Surry,” he said.