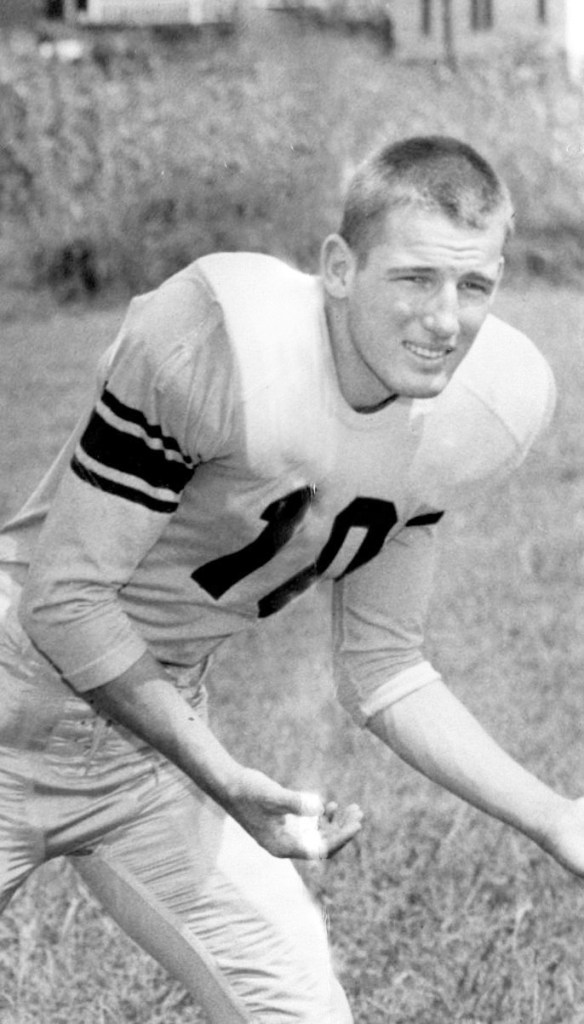 That’s the day he marched at the head of the 150-man Honor Guard for President John F. Kennedy’s funeral procession. A day earlier, Crouch had given the command for the assassinated president’s body to be moved from the White House to the caisson that would carry it to the Capitol.

Crouch, who grew up in Salisbury, was stationed at Fort Meade, Md., and was a second lieutenant in the Third U.S. Infantry, a spit-and-polish unit known as the Old Guard.   There were times when he welcomed foreign dignitaries to America, but most of the Old Guard’s duties involved the job of honoring fallen soldiers with military rites at Arlington National Cemetery. Five days a week, two or three times a day, Crouch performed those solemn duties.

When he accepted that somber task, the last thing on his mind was having to bid farewell to a young president with the world watching on television, but, as always, he did his duty.

Crouch died at 81 on May 21 in Mount Pleasant, S.C., after a battle with Parkinson’s disease, but he will be remembered in Salisbury not only as an outstanding soldier, but as an outstanding football player. As a senior in the fall of 1957, playing wingback for coach Bill Ludwig’s Boyden Yellow Jackets, the 170-pound Crouch turned in two of the magnificent games in the program’s storied history.

Like many of his classmates, Crouch paid his dues as a jayvee. Those youngsters were pounded in practice sessions by Ludwig’s 1955 3A state champs, who featured back Paul Roberts and linemen such as Duke recruit Ronnie Bostian. By the fall of 1957, Crouch and other bloodied and battered youngsters were seniors and were ready to shine.

In a high school football world that was shifting to the T-formation and more passing, Ludwig stuck with what he knew and what had worked in the 1940s — the single wing. It was smash-mouth, ground-oriented football played by determined young men who went both ways.

In 1957, Ludwig had a sophomore quarterback Eddie Kesler, who would blossom into one of the best athletes in school history, so the Yellow Jackets threw it  little more. But the offense was centered around powerhouse linemen such as Sam Loflin and Jim Edmiston,  bulldozer fullback George Knox, who knocked out some would-be tacklers, and the breakaway speed of Crouch, who averaged 10 yards per carry. The combination of Knox and Crouch would be known as the “Touchdown Twins.”

Boyden tied A.L. Brown opening night when Knox was out with the flu and lost 26-20 at Wilmington to a Roman Gabriel-led team in a fierce struggle. But those were non-conference games, and when play began in the 3A Western  Conference, Boyden, by far the smallest school in the league, was shutting teams out with a tenacious defense. Boyden rolled Charlotte Central, Winston-Salem’s R.J. Reynolds Demons and the Bison of High Point to get to 3-0.

On Oct. 17, Boyden made the 130-mile trip to play Asheville’s Lee Edwards High, which reportedly had its best team since the “Choo Choo” Justice days of the 1940s.  It was hyped as the game that would determine the league title. Boyden had five key players dealing with injuries, and Crouch broke a little finger during the contest. Not that it hampered him much. He broke loose for an early touchdown. In the second quarter, Crouch fooled Asheville defenders when he swung wide on an apparent run but pulled up before he reached the line of scrimmage and threw a touchdown pass to wide-open end Dan Julian. That was a backbreaker for Asheville’s Maroon Devils.

Crouch added another long rushing touchdown before he returned a punt 67 yards for a score. With Crouch accounting for four TDs, Boyden romped 32-0. It was a stunning triumph for the single wing over a T-formation team. Asheville fans, including renowned evangelist Billy Graham, headed for the exits early.

Boyden would go undefeated in the conference.

Boyden fans were excited about a potential rematch with Gabriel and Wilmington that would be played in Salisbury.

But that didn’t happen. Fayetteville knocked off Wilmington to take the Eastern Conference, and it was Fayetteville that provided the opposition for Boyden in the Nov. 22 game played in a downpour and a sea of mud at the venue we now know as Ludwig Stadium.

The single wing was a splendid offense for foul weather. Boyden was mighty in the mud, and the linemen and Crouch destroyed the visitors 21-0. Crouch amassed 171 of Boyden’s 291 rushing yards. He scored on runs of 30 and 49 yards, his 14th and 15th TDs of the season. He was named to the Associated Press All-State team.

In the Western Conference Player of the Year voting, Knox came in first. Crouch was second. Loflin tied for third.

Four players on that team — Knox, Loflin, Edmiston and Bill Torrence — played in the 1957 or 1958 Shrine Bowls. Five, including Crouch, would play in East-West All-Star games.

Loflin and Knox headed to the University of North Carolina.

Crouch, who was the president of Boyden’s senior class, had dreamed of going to UNC as youngster when his heroes included Justice and his uncle, UNC captain Bobby Weant, but he wound up at The Citadel. Teammates Bill Allen and John Evans also went to the Charleston, S.C. military school.

Crouch earned a degree in history and had a solid playing career for good teams at The Citadel. He lettered three seasons, 1959-61, and the Bulldogs were 23-7-1 in those years. The Citadel won its first Southern Conference championship in 1959 and won the Tangerine Bowl after the 1960 season. Allen  caught a touchdown pass to start the scoring in that game.

Crouch was the Bulldogs’ leading kickoff returner in 1959 and top punt returner in 1960. In 1961, he led the team with four interceptions.

For his college career, he had seven interceptions and scored five touchdowns.  He totaled 373 rushing yards on 103 carries and added 15 receptions  for 170 yards.

Crouch married Mary Elizabeth Walton, a Salisbury girl, shortly after he was commissioned into the U.S. Army in June 1962.

He is survived by his wife, four children, nine grandchildren; and one great-grandchild.

Wanna step outside? The plight of flounder and red…