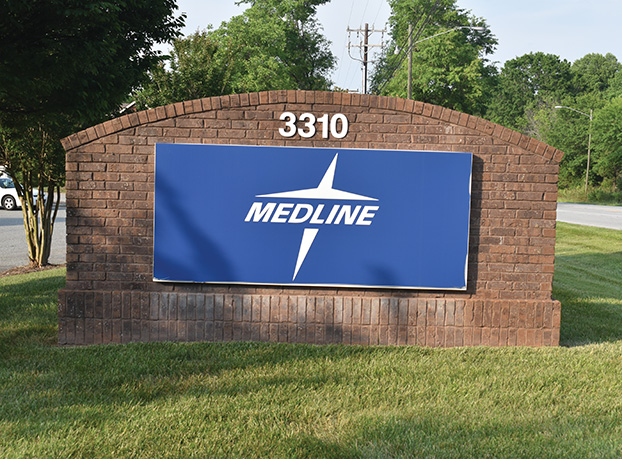 Medline is closing its Salisbury site at 3310 S. Main St. The closing will impact about 100 employees, who are encouraged to seek other jobs within the company. Those who are not placed will receive severance packages, the company told the Post. Ben Stansell/Salisbury Post

SALISBURY — In a move that will impact about 100 employees, Medline is closing its surgical procedure kit manufacturing facility at 3310 S. Main St.

“The decision to close Medline’s Salisbury plant is in no way reflective of our appreciation for our team’s efforts or the quality of their work but is based on the available capacity within our manufacturing network,” the company said in a statement provided to the Post.

Based in Illinois, Medline is a global manufacturer and distributor of medical supplies. The company has more than 30,000 employees worldwide and had sales of $20.2 billion in 2021.

The move to close the Salisbury site comes five years after Medline acquired the facility in 2017 when the company acquired Centurion Medical Products. The volume produced at the Salisbury site will be moved to other facilities within Medline’s network.

Medline operates 45 distribution centers and more than 20 manufacturing sites across the country, including nearby centers in Mebane, Concord and Charlotte.

The final separation date for production employees will be Sept. 2 and the final separation date for warehouse employees will be Nov. 18. Medline is encouraging all Salisbury employees to apply for other open positions within the company. Those not placed in another Medline role will receive a severance package and outplacement services “to assist in their transition,” according to the company.

Another name is added to Rowan County law enforcement…