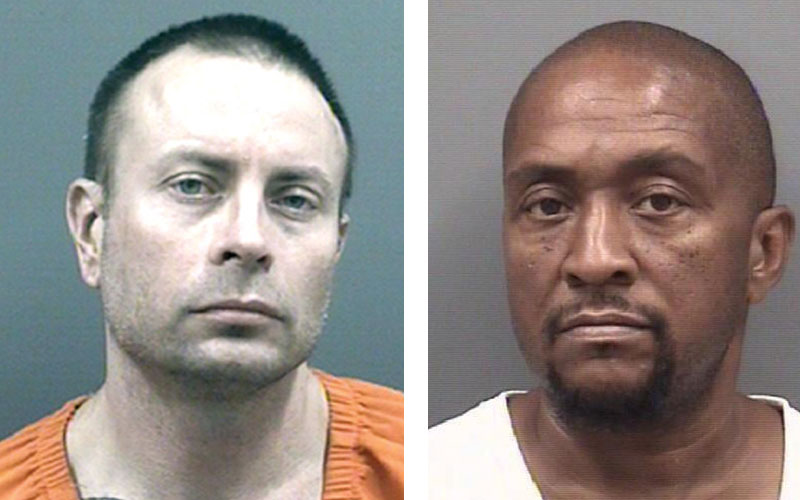 The charges stem back to June 26, 2019, when the Rowan County Sheriff’s Office received information of possible narcotics in the jail. During the investigation, detectives were able to intercept recorded jail phone calls between Gabriel and another individual on ways to send drugs into the jail. On Sept. 1, 2020, an individual working in an undercover capacity for the Rowan County Sheriff’s Office purchased approximately 12 grams of methamphetamine from Gabriel in exchange for $400.

Then on Nov. 14, 2020, an officer with the Rockwell Police Department observed a vehicle in a parking lot. Gabriel was located in the driver’s seat and appeared to be impaired. Officers located over 10 grams of fentanyl. On Feb. 12, 2021, an officer with the Salisbury Police Department responded to Marshall’s on Faith Road. Gabriel was in the driver’s seat and an officer observed drug paraphernalia in the vehicle. Officers located a blue bag attached to his belt that contained cocaine. A black box located in the vehicle also contained cocaine. Officers located methamphetamine in his pants.

Gabriel had previously been convicted of felony breaking and/or entering, felony possession of stolen goods, felony hit/run failure to stop for personal injury and other convictions.

Cook says Turner also admitted his status as a habitual felon and the presiding judge sentenced him to a minimum of 103 months to a maximum of 136 months in prison.

On Sept. 18, 2020, a victim observed his stolen vehicle driving through a parking lot. He followed his vehicle and found Turner to be the driver. Turner fled but was located by Salisbury Police Department officers. In January 2021, officers with the Granite Quarry-Faith Police Department responded to a larceny call and determined items from a storage unit had been stolen. Officers also noticed a damaged gate that led to the back of a business. Officers were advised a van had been stolen.

On Feb. 19, 2021, officers with the Granite Quarry-Faith Police Department received information that someone had broken into a construction trailer. Officers obtained security camera footage and noticed the suspect vehicle matched the description of a van that had been recently stolen. Officers observed the van and was able to identify the driver as Turner.

Cook stated in the news release that she appreciated the joint effort on behalf of Assistant District Attorneys Jennifer Greene, Tiffany Cheek and Barrett Poppler, along with the Rowan County Sheriff’s Office, the Salisbury Police Department, the Rockwell Police Department and the Granite Quarry-Faith Police Department in “removing these repeat offenders from our community with lengthy prison sentences.”