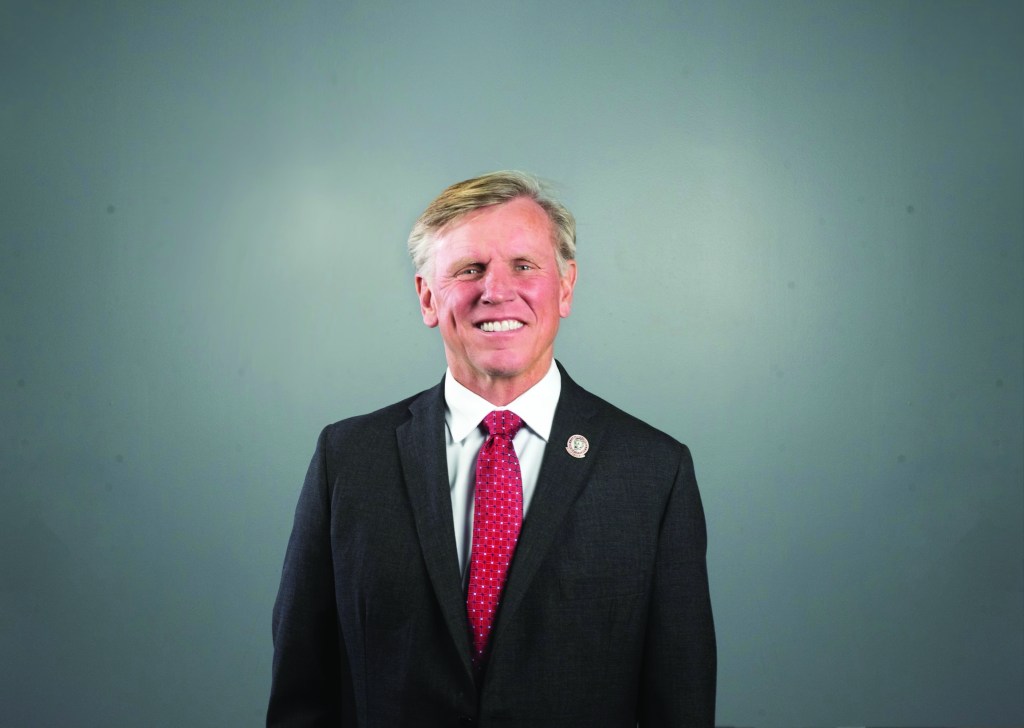 Courtesy of Greg Mills — Business owner Kevin Crutchfield from Midland is seeking election to District 83 in the 2022 election. The district will contain the southwestern portion of Rowan County and the eastern area of Cabarrus County.

MIDLAND — Business owner Kevin Crutchfield said he wants to do his part to enact positive change in North Carolina and preserve the American dream.

Crutchfield, 61, is the owner of Casco Signs in Concord, which he started 23 years ago with his wife Cheryl, “a pickup truck and a ladder.” That was after a 14-year stint with IBM in Charlotte as a software developer.

But months ago, Crutchfield said he began yearning to do something bigger than himself. He’s now seeking election to District 83 in the 2022 election. The new district will contain the southwestern portion of Rowan County and the eastern area of Cabarrus County and has no incumbent.

Also a licensed contractor, Crutchfield said he and his wife have built their homes multiple times as they’ve worked their way to the life they currently enjoy.

“We understand what it takes to build a dream and we want that for everybody,” Crutchfield said.

Crutchfield has lived in North Carolina since 1981. He was raised by Republican parents and has been a Republican all his life. He supports voter ID laws, guns, police and protection of life and freedom but opposes unconstitutional mandates. Crutchfield sees a need to tighten the nation’s borders and fix the education system, adding that parents getting more involved can help. He said the government is “somewhat acting like communists when it comes to mandating the mask-wearing and vaccines.”

But his biggest inspiration comes from when he looks at his grandchildren and thinks about the nation left behind for them.

“My primary reason for running is I think about my grandkids and my grandkids’ kids and the ones coming after us,” Crutchfield said. “And I really want to do my part to make positive change for North Carolina and preserve a way of life for them and for those that come after us.”

Crutchfield said with his sign business, he’s worked with governmental entities and municipal regulations. While in the purchasing department at IBM, he negotiated with suppliers around the world.

“Knowing how to sit down and have those conversations in a manner that allows everyone to win, everyone to get what they need and do what’s right for the country and for the people — I think I’ve got that experience,” Crutchfield said.

He sees his age and depth of experience as his edge in the race. Additionally, Crutchfield said he’s someone who does his research before responding rather than making a knee-jerk reaction as seen among elected officials today.

Additionally, while Cabarrus and Rowan counties share some similarities such as farming, he wants to learn more about what Rowan Countians need from their leaders in Raleigh.

“There’s things I don’t know but I’ll figure it out,” Crutchfield said. “I may not have all the answers but I know where to find them and I’m going to go get them.”

Crutchfield and his wife Cheryl also own a cattle farm on Mount Pleasant Road in Concord, where they sell farm-raised beef. The two have three sons and nine grandchildren.