Quotes of the week: ‘The grave should be sacrosanct’ 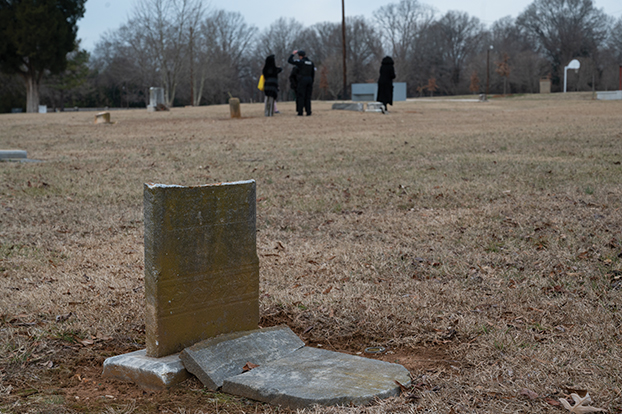 Josh Bergeron / Salisbury Post - A broken headstone in Dixonville Cemetery, one of Salisbury's oldest African-American cemeteries. There are more than 500 people buried in the cemetery, many of which are in unmarked graves.

“When you think about not being able to live in peace, you can’t even die in peace. It seems like the grave should be sacrosanct.”

— DeeDee Wright, Salisbury resident who is on the Dixonville-Lincoln Memorial Task Force after vandals damaged gravestones in the historic cemetery

“It’s been a very frustrating process. I think everyone’s hearts are in the right place, but we’re about to get into a really ugly period for our economy, both locally and nationally.”

— Alissa Redmond, who sought to use KIVA for a microloan as the Salisbury City Council decided to pause its partnership with the program

“Based on the competition that we’re facing for this project, it is important to put the best offer forward. So, my advice would be to go as strong as we possibly can.”

“Democrats and Republicans alike support their preferred candidates in our current non-partisan municipal and school board races. Making the elections partisan would make the political leanings of the candidates more transparent.”

— Rep. Harry Warren, Republican representing Rowan County in District 76 on efforts to include party
affiliations in all municipal elections and the school board race

“I sit around half the time with my mouth dropped open that this has happened. It’s a miracle. There’s no other way to look at it.”

— Norma Honeycutt, executive director of Partners in Learning after more than $10 million was raised for construction to begin this spring on a new facility

“There are people who aren’t computer savvy. They are used to calling the office and leaving a message, but messages aren’t answered anymore.”

— Kathy Ladd, resident at the Villas at Hope Crest as unfulfilled maintenance requests grow and a change to online rent payments leads to more frustrations

“The mountain biking and cycling community, everybody is interwoven because that’s what they’re passionate about doing. It’s a really cool community to be a part of.”