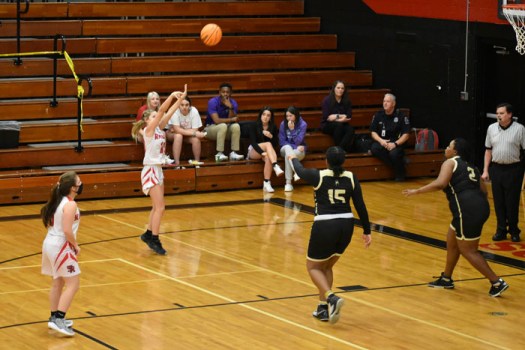 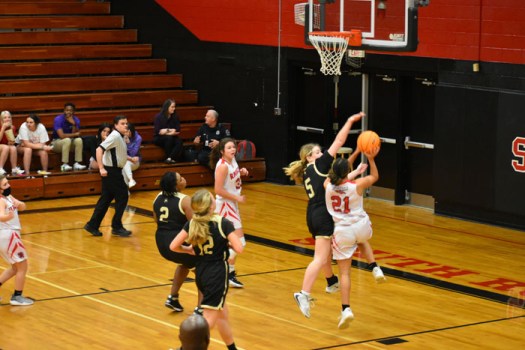 South Rowan’s Abby Bruce goes up for a shot against a Concord defender Tuesday night. Photo submitted by Ryan Dextraze 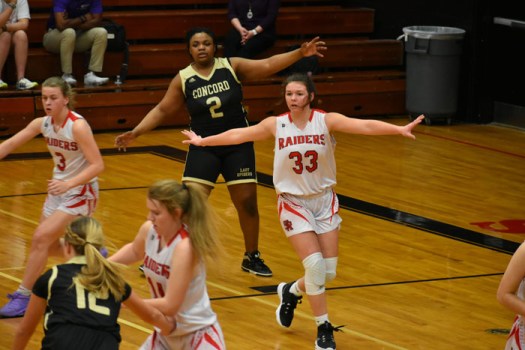 South Rowan’s Kynlee Dextraze (33) plays defense in the middle with other Raiders on Tuesday night against Concord. Photo submitted by Ryan Dextraze

Bethany Rymer scored 15 and boosted her career to 931.

MOUNT ULLA — West Rowan’s girls built an 18-3 lead after the first quarter and were able to beat Lake Norman Charter 48-44 in SPC action.

SALISBURY  — Salisbury scored 52 in the first half and crushed East Davidson 79-13 in a CCC game.

Salisbury has won 14 in a row.

CHINA GROVE — Carson’s boys played a solid first half, but went cold in the second half and lost 50-37 to Northwest Cabarrus.

The SPC game was tied at halftime, but the Falcons (7-6, 5-3) took charge in the second half, with big men Jacobs and Bryson Cowan (12 points) doing most of the damage.