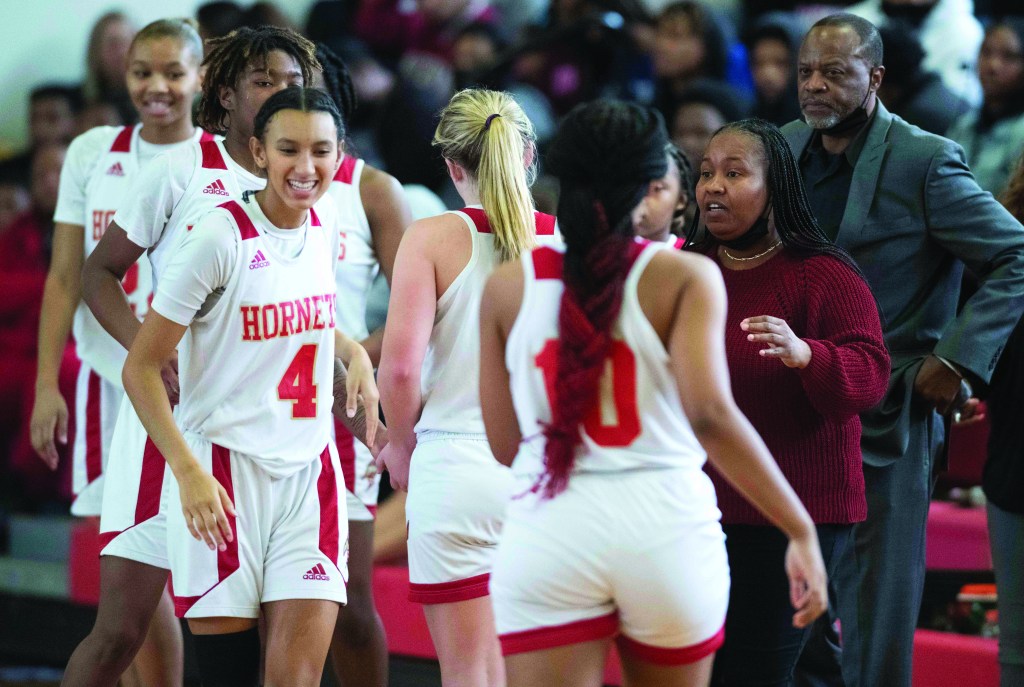 Players and coaches candidly will tell you that the toughest part of most weeks is practicing against each other.

The last three league games for the Hornets in the 1A/2A Central Carolina Conference have been 75-9, 73-4 and 79-13 on Tuesday night against East Davidson, a program that once was the mortal enemy. The math on those three games is 227-26.

The 73-4 romp against Thomasville on Monday was record-setting as far as fewest points ever allowed by the program. The Hornets won 42-8 against Central Davidson in 2008-09 for the previous low. They cut that in half.

The largest margin of victory is still Salisbury’s 100-9 win against South Meck in 2008-09, back when the Hornets were pretty scary. That record is unlikely ever to be topped because of the 42-point, running-clock mercy rule that now is in place.

Salisbury head coach Lakai Brice plays everyone a lot in the romps, but she only has 10 players, and the Hornets don’t have any bad ones. Salisbury’s sixth person would be the star for half of the teams in the CCC.

She’s worked hard at it. Bryanna Troutman, who is having a phenomenal junior season for Wingate, was a program-changer. Now Salisbury is always one of the best in 2A.

It goes by quickly. Brice is in her ninth season now. Her next win will be her 150th.

It’s easy to look at this week’s results and assume that Salisbury is just killing awful teams by crazy scores, but think about this: Carson is No. 1 in the 3A RPI rankings. Salisbury beat Carson 56-40.

Salisbury is good on both ends of the court. The Hornets have been considerably quicker, but they’re big and deep and they can shoot.

Salisbury was second in the 2A West RPI rankings when this week started, but that status is likely to slide with more games against teams such as East Davidson, which is ranked 53rd out of 55 teams in 2A West. With the RPI system, 73-4 counts the same as 73-72. A win is a win.