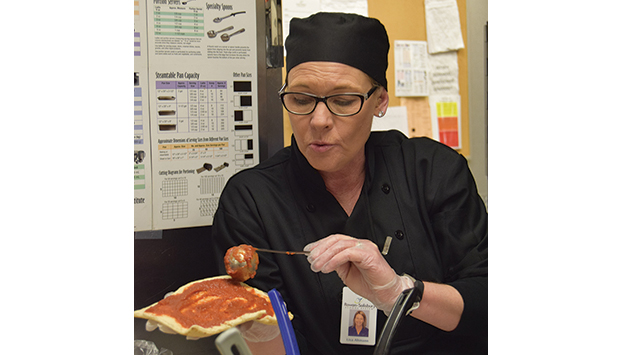 SALISBURY — Lisa Altmann has been named to the inaugural class of a major hunger organization’s hall of fame for her work during the COVID-19 pandemic.

No Kid Hungry, a campaign of the hunger and poverty combatting nonprofit Share Our Strength, created the Out of School Time Meals Hall of Fame to recognize the work of people helping combat childhood hunger when school is out, including when buildings are closed, classes have ended for the day or it is summer break.

Altmann, who is the RSS nutrition director, was one of 23 child hunger advocates in the country to be named to the hall of fame in 2021. North Carolina was exceptionally represented with three honorees.

For her part, Altmann reacted to the award by saying it reflects “a collective effort.”

“I would have rather it been my staff that got it,” Altmann said.

Altmann said she was selected for work the district has done with summer meals and “pulling out all the stops” during the pandemic to get kids meals when they were not in class.

In the early days of the pandemic in 2020, schools were ordered to close by Gov. Roy Cooper. The nutrition department delivered thousands of meals from mid-March through the end of the school year and kept going with summer meals programs. When the district adopted a blended schedule with cohorts of students attending twice per week for the 2020-2021 school year, the department kept delivering and set up pick up locations so families could keep getting meals.

The award was presented by No Kid Hungry’s Center for Best Practices.

“They asked about our strategies and my mindset, how I got into the work that I do and what has continued to encourage me to reach out and fight the childhood hunger we have,” Altmann said.

They asked her about the importance of community input, how Altmann conducts outreach and manages her staff.

Altmann was a finalist and interviewed for a position on a cohort of eight people who were named out of school meals “champions” to be featured in webinars and conferences this year.

The organization will still be in touch with the inductees, and Altmann could be named to a future cohort.

“They do phenomenal work,” Altmann said, adding the district has received awards from the organization in the past, spoken at events and used its resources.

Altmann was recognized for the award at the district Board of Education meeting on Monday.

“No surprise to anyone,” Chief Strategy Officer Andrew Smith said while introducing her.