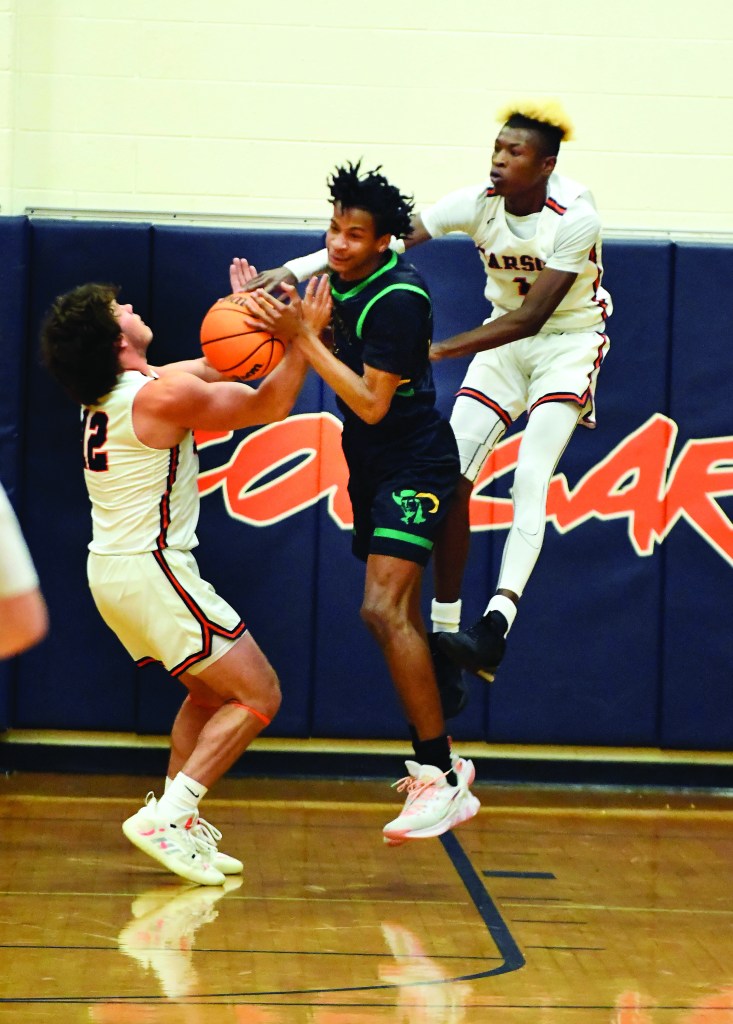 CHINA GROVE — Carson’s boys basketball team started out as if it was going to make it three wins in a row, but the Cougars cooled off.

Lake Norman Charter, one of the upper-tier teams in the 3A South Piedmont Conference, clamped down defensively in the second quarter and went on to beat Carson 59-47 on Tuesday.

Carson’s strong start — an 18-12 lead after a quarter — was sabotaged by a five-point second quarter and a seven-point third quarter.

Carson was blown out 64-35 the first time it played Lake Norman Charter, so this was progress, but that won’t be any consolation to the Cougars.

Jay Howard had the hot hand for Carson and scored 17. The Cougars got a career-high nine from Hunter Burris. Cameron Burleyson contributed eight.

Brady Kester, a 6-foot-6 sophomore, had a height advantage and scored 12.

Carson is scheduled to play a non-conference road game tonight at Central Davidson.