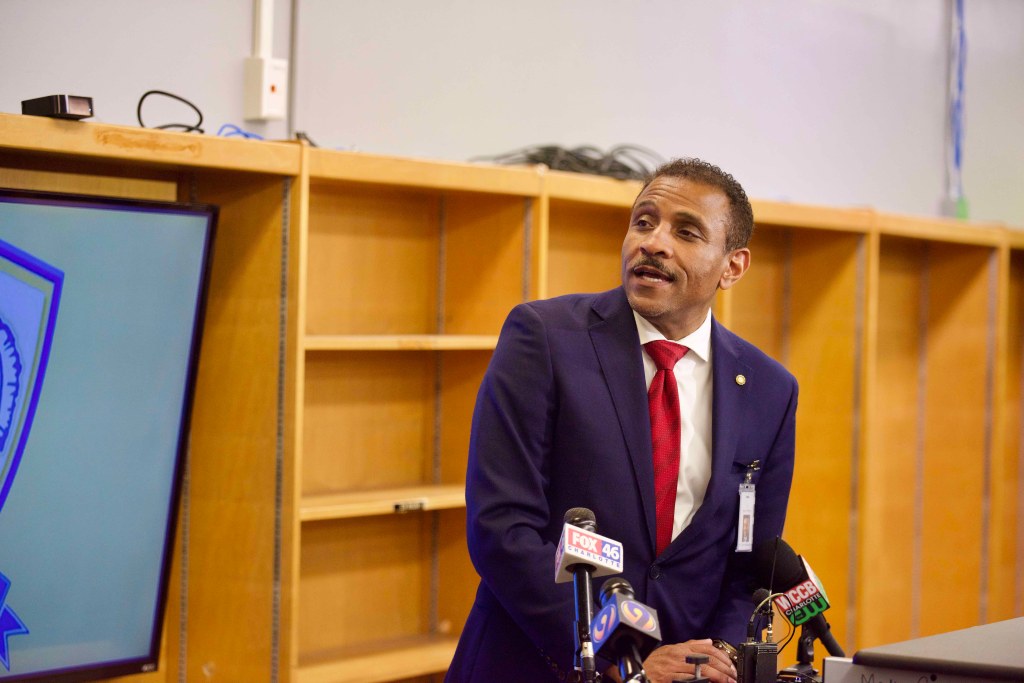 SALISBURY — It’s slightly more than a year since Tony Watlington stepped in as superintendent for Rowan-Salisbury Schools.

He spent his career with Guilford County Schools and was tapped to take over at RSS in December 2020. He was sworn in on Jan. 11, 2021.

“Its been an absolutely incredible year,” Watlington told the district Board of Education during its Monday meeting.

Watlington counted the district’s blessings, saying students are talented and welcoming, staff are caring and motivated and the district is moving in the right direction with graduation and dropout rates.

He pointed to RSS’ high rankings in the state for career and technical education. Watlinton also credited the well-maintained buildings throughout the school district, noting North, South East and West high schools were all built in 1959, but they have been kept up-to-date.

He outlined a hope for the future: that the strategic plan the district has been working on for a year with the help of a steering committee of more than 40 people will be viewed as the community’s plan.

He also pointed ahead to the board’s retreat next week as a chance to discuss the strategies to meet goals in the plan and how to take the special freedoms given to the district by the state and turn them into better learning.

Watlington said administrators have already started reviewing draft calendars for the next school year and, given the recent inclement weather, the district plans to designate potential make up days on next year’s calendar if the district goes over the number of days it is allowed to cancel by the state.

• The board rescheduled its annual retreat to Monday and its next regular meeting from Feb. 14 to Feb. 7. The retreat is an annual workshop and this year the board is focusing on strategies for the district’s strategic plan. The retreat was initially scheduled for Jan. 14 but canceled due to weather.

• The board appointed members to two of its internal committees, the Joint Planning Committee and the Appeals Committee. The planning committee members are chair Dean Hunter, Travis Allen and Brian Hightower. The appeals committee is Alisha Byrd Clark, Lynn Marsh and Jean Kennedy.

• The district recognized students and faculty during the meeting.

The board was also recognized for school board month and presented with gift bags by the administration.

New COVID-19 cases slowing down from peak earlier this…