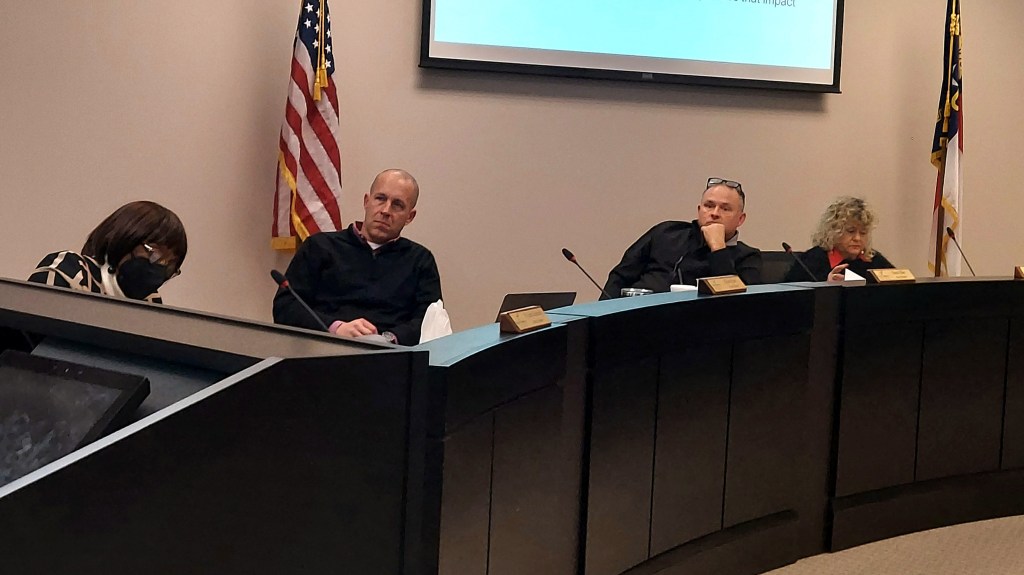 SALISBURY — Masks will stay optional for the foreseeable future after a unanimous decision by the Rowan-Salisbury Schools Board of Education on Monday against an administrative recommendation.

RSS administrators recommended the board reinstate a mask policy for two weeks in an effort to ride out the omicron variant’s surge.

During the ongoing surge, RSS has reported fluctuating numbers, with 1,705 students in quarantine two weeks ago due to COVID-19 and 529 last week after students were out of class because of winter weather and the Martin Luther King Jr. holiday. Chief Student Services Officer April Kuhn also pointed to community indicators such as more than 30% of COVID-19 tests in Rowan County returning positive and an infection rate more than eight times what the Centers for Disease Control and Infection considers a “high” rate.

Rowan County Health Director Alyssa Harris told the board 25% of the county’s cases are in the 17-25 age range. She said Novant Health Rowan Medical Center reports 60 individuals hospitalized with COVID-19 and five on ventilators in the past week, though the second number dropped to zero by Monday.

“That’s what we want to see,” Harris said. “We want to manage our emergency department.”

She said the hope is for a peak in the omicron variant’s spike to occur in the next two weeks.

With Vice Chair Alisha Byrd-Clark absent, the board voted unanimously against the recommendation. Only two members spoke to the issue before a vote was taken on the advice of the board attorney.

Board member Travis Allen said the risk of children of dying from COVID-19 is significantly lower than traffic-related deaths and that more than 700 children nationally have died after contracting COVID-19. N.C. Department of Health and Human Services data show 11 children have died in after contracting COVID-19 in the state. No Rowan County residents under the age of 18 have died from COVID-19, according to state data.

Allen said one death is too many, but that society has overreacted.

Board member Lynn Marsh said she has seen students thrive since the mask mandate has been discontinued and reiterated a previous argument that phonics can not be taught properly by a teacher wearing a mask.

Allen and Marsh both questioned if the N.C. Department of Health and Human Services has the authority to mandate and empower school staff to enforce quarantines. The board was counseled the department’s position is that it does. Though, it is not a cut-and-dry legal question.

Chair Dean Hunter guided the board back to the mask issue, but he requested quarantines be added to the board’s discussion during its retreat scheduled next week.

There were eight public speakers at the meeting. All voiced opposition to mask mandates, with the exception of one who commented on new security measures.

Immediately before taking up the mask issue, the board approved naming the tennis courts at Knox Middle School after Matthew Beaver, a teacher who died after contracting COVID-19 in January of 2021.