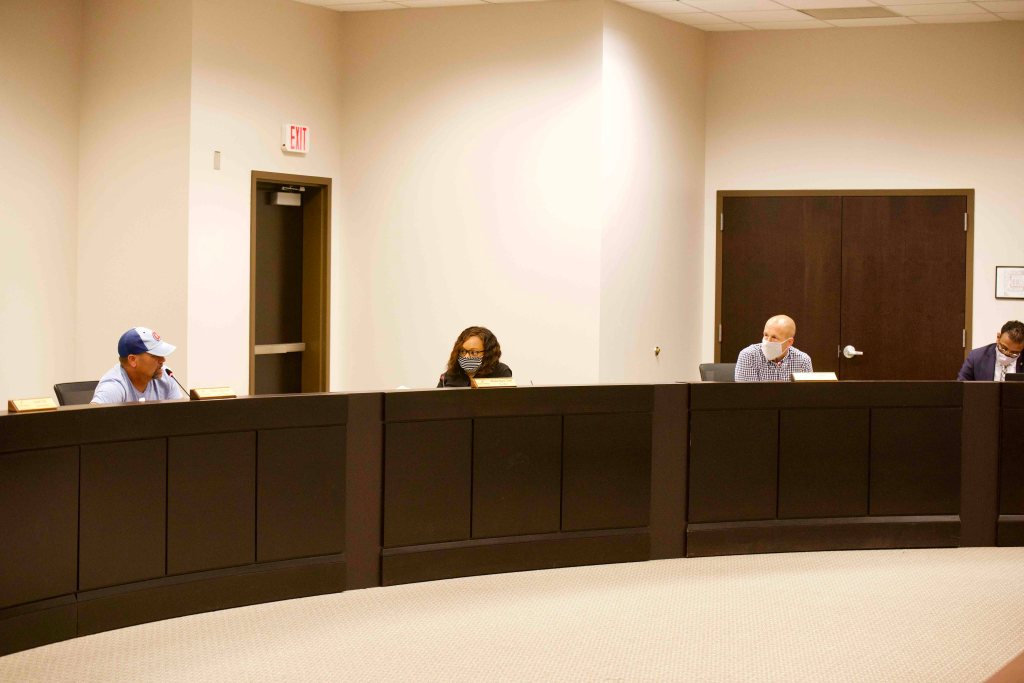 SALISBURY — Rowan-Salisbury Schools administration will recommend the district reinstate a mask mandate amid the surge of the omicron variant of COVID-19 until early February.

A presentation to be given to the district Board of Education on Monday includes the recommendation to reinstate masks until Feb. 7 and review the metrics again at the regular meeting that day. The meeting will be at 4:30 p.m. at the Wallace Educational Forum — 500 North Main St. in Salisbury. It can also be viewed live online at vimeo.com/rssboe.

The district has operated with a mask optional policy since October and maintained relatively low infection and quarantine rates through the end of the first semester, but upon returning to classes this month the district has seen a surge in cases matching the unprecedented community increases as the omicron variant has become the dominant strain of COVID-19.

As of Friday, the district had 529 students in quarantine and 40 infections as well as 149 staff in quarantine and 77 infections. Staff numbers were similar to the previous week. Student metrics represented a significant drop. However, students were out of school almost all last week due to inclement weather and the Martin Luther King Jr. Holiday. The district only counts positive cases when they have an impact on campuses, meaning the positive student attended class while infected.

RSS Chief Administrative and Strategic Planning Officer Andrew Smith said the numbers are lower because students have been away from schools.

On Jan. 14, the district reported 175 student positives and 1,705 student quarantines as well as 199 staff quarantines and 82 positives. That means 9.34% of students were out of class due to quarantine and 7.7% of staff were out as well.

Those numbers are still a far cry from the district’s peaks in August when it began classes without a mask mandate. At the time, it saw more than 280 student infections and 18% of students out of class due to quarantine.

Smith said the district has identified only one cluster in the previous two weeks — at Hurley Elementary school.

Most board members have been flexible on the mask issue, voting to either reinstate or end mandates depending on conditions. Dean Hunter and Travis Allen have consistently voted against mask mandates.

The omicron variant has begun to peak in some northern states where it began spreading earlier, but there is no immediate end in sight for the surge in North Carolina.

In other agenda items for Monday’s meeting:

• Chief Operations Officer Anthony Vann will speak to the board about improving school safety in the wake of a shooting at a basketball tournament in December. On top of previously announced measures, including metal detector wands and bag restrictions, the district is working with a community task force.

The district is also consulting with lawyers and police on the use of canine searches to prevent drugs and weapons from entering schools.

Vann will recommend the board approve the purchase of 20 portable metal detectors for events at a cost of $179,152 to be taken from federal funding.

• Vann will also recommend the board name the Knox Middle School tennis courts in honor of Matthew Beaver. Beaver was a physical education teacher at the school who died suddenly after contracting COVID-19 at the age of 40 in January 2021.