High school: Milestones on hold for a bit 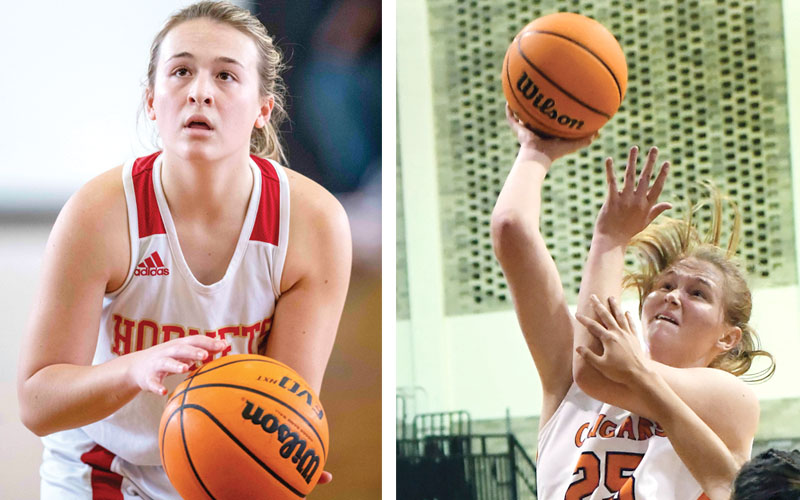 SALISBURY — A couple of Rowan County senior girls are on the doorstep of 1,000-point careers to cap four-year journeys toward the magical milestone, but there’s never a dull moment.

It’s been far from a routine season for McCullough, Spry or for any of their teammates and coaches, with games being canceled, postponed, rescheduled or relocated for reasons ranging from gunfire to COVID protocols to weather.

Rowan County residents awoke to a massive blanket of snow on Sunday. That’s going to lead to more postponements this week.

West Rowan’s varsity boys have suspended operations until Jan. 24 due to COVID, although that announcement indicated West’s girls do plan to continue to play while the boys are sidelined. West’s girls schedule could affect Spry and McCullough, as the Falcons are scheduled, at least for now, to take on Carson on Friday and Salisbury on Saturday.

Carson’s games at South Rowan already have been pushed back from Tuesday to Thursday.

McCullough, a 5-foot-8 guard who doesn’t plan to play in college, began her career as a freshman in 2018-19 on a Salisbury team anchored by Bryanna Troutman and Anayia Fulson. McCullough scored her first seven points on Nov. 30, 2018, at Thomasville. Her first double-figure game came in her eighth outing. She scored 13 against North Rowan.

Her career high for coach Lakai Brice came as a freshman when she scored 24 at home in a big win against North Davidson.

Spry, a 6-foot Catawba signee, began her career as an East Rowan freshman.

She scored two points in her debut against Central Davidson on Nov. 20, 2018, but she had 10 a week later in her second outing against South Rowan.

She averaged 9.0 points as a freshman for the Mustangs and bumped that up to 11.8 as a sophomore.

She transferred to Carson for her junior season and averaged 12.3 points for the undefeated team that won the 3A state championship.

As a senior for the Cougars, she’s averaging 16.9 points, 9.5 rebounds and 3.3 blocks for coach Brooke Stouder. She posted a career high of 25 points this season in a 67-43 win against Lake Norman Charter.

Assuming the season can proceed normally, more girls will be reaching 1,000.

South Rowan senior Bethany Rymer plans to compete in track and field and cross country in college. She didn’t play basketball at all last season, but she still is likely to get to 1,000 because she’s scored 20 or more in six of her last seven games and is averaging a county-leading 19.5 points per game. She’s scored 273 points this season to bring her career total to 861.

Salisbury junior Kyla Bryant scored 23 points on Saturday and now has 849 her career. She’s averaging 15.3 points per game, and her pace has picked up quite a bit since she recovered from an injured wrist. She’ll probably need another eight or nine games.

North Rowan senior Hannah Wilkerson is still the county’s only 1,000-point person, at least for a few more days. Wilkerson scored 17 on Saturday against Salisbury and has 251 this season and 1,341 for her amazingly consistent career.

No boys are close to 1,000, although Juke Harris played varsity ball as a North Hills eighth-grader (he was team MVP), and those points will be counted if they can be confirmed. The Post has counted North Hills totals for players in the past.

Harris scored 142 points as a West Rowan freshman and has exploded for 286 so far this season as a Salisbury sophomore.

As far as the conference races, Salisbury’s girls are going to be hard to stop in the Central Carolina Conference. They had an impressive third quarter to break open Saturday’s win against North Rowan.

“They were hitting on all cylinders,” North coach Anthia Smith said.

Salisbury’s boys probably are co-favorites right now with Thomasville in the CCC.

Carson’s girls and West’s girls are contenders in a wide-open South Piedmont Conference.

Djokovic lands in Serbia as questions arise over French…