SALISBURY — The Salisbury Elks Lodge No. 699 and Salisbury Parks and Recreation returned to Hall Gym to host the local Hoop Shoot contest on Sunday, Jan. 9.

With COVID guidelines in place, nearly 20 boys and girls participated in the free throw contest.

“It was fantastic to be back on the courts since last year’s event was cancelled due to COVID,”  Hoop Shoot Director Liz Tennent said. “Thanks to all our volunteers and attendees, we held a very safe, fun and competitive event. We’re sending four division winners to the district contest in Winston Salem on Saturday, Jan. 29.” 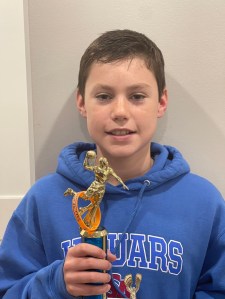 “All the athletes are really good,” said Davis, an eighth-grader at Salisbury Academy. “I had a great time and I am really happy to go back to the district.”

Davis competed in 2020 as the Boys 10-11 division winner. He plays basketball for the undefeated Jaguars middle school team. 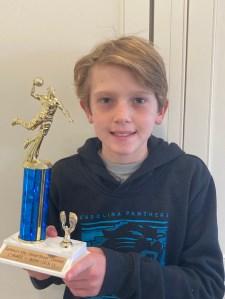 Wyatt Graham, a fifth-grader at Salisbury Academy, won top honors in the boys 10-11 division by connecting on 17 of 25 free throws. Tanez Foster-Campbell took second with 13 of 25, while Brenden Beal was third with 11. 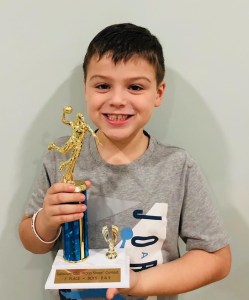 In the boys 8-9 age group, Stewart Adams Jr., a second-grader at Sacred Heart Catholic School, won by making 10 of 25.  Judah Jones made seven for second place.  Natez Foster-Campbell and Josh Cook tied for third with six. 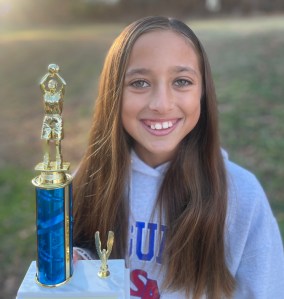 Elle Blankenship, a fifth-grader at Salisbury Academy, will represent the girls 10-11 division. She sank 13 of 25 free throws. Campbell Aron made seven for second. Mary Kate Okula made six for third place.

“Everybody involved in the Hoop Shoot needs to be congratulated,” said James Davis, Bryant’s father. “All these kids are talented and showed courage to manage their nerves and demonstrate grace whether they won or lost. It was a joyful time for the athletes and families even during a tough competition. This is a class event.”

District winners advance to state and regional competitions. The National Hoop Shoot Finals will take place on April 30 in Chicago.