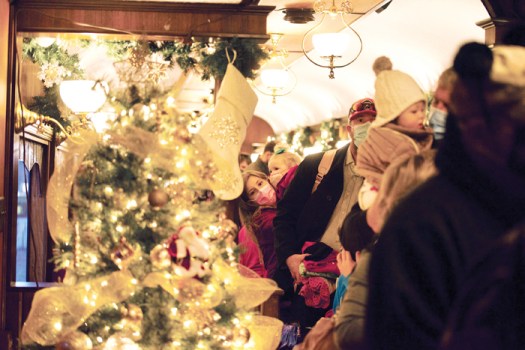 Carl Blankenship/Salisbury Post - Passengers disembarking one of the cars. 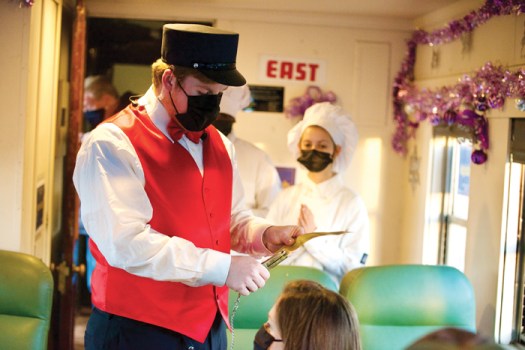 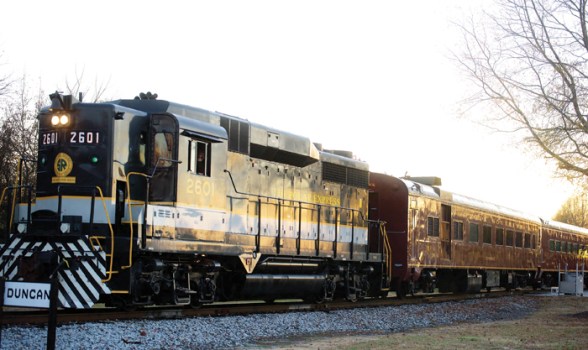 SPENCER — Now in its third weekend this season, the N.C. Transportation Museum’s Polar Express Train Ride is back and already sold most available tickets.

Museum Executive Director Kelly Alexander on Saturday said the event has sold more than 52,000 tickets, with weekdays and weekends still to come in December. Alexander said the event raises about half of the museum’s annual budget.

Museum Administration Director Marcus Neubacher said there are 60,000 total tickets available, and the weekend dates tend to fill up quickly, with sales then filling out the weekdays in December. Many of the time slots for rides are already sold out.

The event uses more than 100 staff members every night and involves untold hours of planning. Alexander said staff start at the beginning of the year, and the process keeps going until the event begins.

In 2020, the museum did not hold the train ride due to COVID-19 pandemic. Instead, the museum held a drive-thru lights show on the same schedule. Neubacher said this year the museum grounds are decorated with more lights than previous years, taking some inspiration from the 2020 event.

There are also COVID-19 precautions per federal mandate and the N.C. Department of Natural and Cultural Resources.

Masks are required for riders age 2 and up, per a federal mandate for public transportation. The museum also requires proof of vaccination status or a negative COVID-19 test in the past 72 hours to participate. The change was made per an agreement between the museum foundation and NCDNCR. The new policy was put in place by the department in early October for large events.

“We’ve had to do even more planning,” Alexander said. “We’ve been very conscious with trying to make sure we are doing things the right way.”

The event is inspired by the film adaptation of Chris Van Allsburg’s classic children’s book “The Polar Express.”

The museum grounds are taken over by food, activities and pictures with Santa, but the highlight is the ride.

The whole experience, from the pre-boarding songs to the ride and disembarking is more than an hour long. Passengers are served hot chocolate and cookies by a crew in full dress along with a reading of the book and receive iconic silver sleigh bells as well.

The production has an eye for detail. Tickets are even rapidly punched with messages like those shown in the film.

Melissa Denson and her family came out Saturday to the museum from Jacksonville, in eastern North Carolina. Denson said the family has friends who raved about the experience.

She said small children in particular enjoyed the ride, but she enjoyed it as well.

Hylton Denson, Melissa’s son, said he enjoyed the ride and is a fan of the movie. His favorite part was the story. He said he would come next year.

Colleen Adkins and her family came out to the museum from Raleigh. She said it was a fun experience for her young kids.