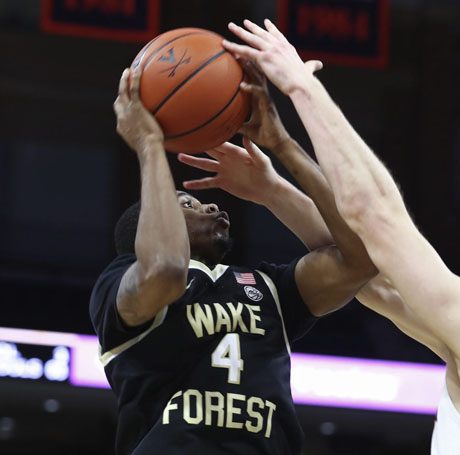 Wake Forest’s Daivien Williamson had 18 points as the Deacons went on a 3-pointer barrage. File photo courtesy of ACC

Milton Matthews led the Aggies with 15 points. Demetric Horton scored 11 and Webster Filmore 10. Matthews and Horton made three 3-pointers each.

The Aggies (1-4) scored just six points in the first eight minutes of the second half as the Demon Deacons continued to pull away.