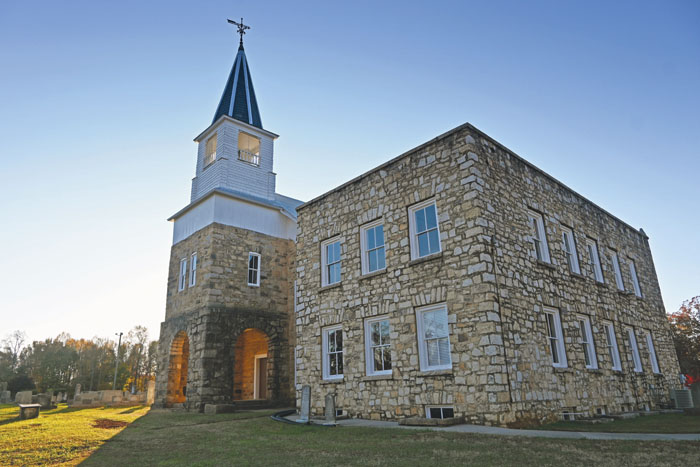 Natalie Anderson/Salisbury Post — Because of a lightning strike of the bell tower steeple over the summer, members of Organ Lutheran Church this weekend celebrated the dedication of a repaired bell tower and newly restored weather vane. Though services are primarily held nextdoor at the sister church, the more than 200-year-old church still gets good use from tours and special events.

For members of Organ Lutheran Church, a bolt of lightning striking its bell tower this summer served as the blessing it needed to make long-awaited repairs and replacements to a church members have preserved for more than 200 years.

Terry Shive, a former history teacher who works with the church’s historical foundation, said a bolt of lightning over the summer struck the church’s steeple, knocking some of the wood from the bell tower onto Organ Church Road, which is located behind the church. Shive said nearby residents recall it being the worst lightning storm they had seen.

Because of substantial water damage, the bell tower needed replacement before the storm. It was originally constructed and added to the church between 1902-06.

“The lightning strike caused us to have to redo it,” Shive said.

Now, atop the repaired bell tower is a restored weather vane featuring the year 1905. Weather vanes show the direction of the wind and are traditionally used as an architectural ornament at the highest point of a building. Nick America with Steeple Jacks of America, based in Cleveland, Ohio, led repair of the steeple while Todd Robinson, a metal craftsman from Florida, drove about eight hours to deliver the new, handcrafted weather vane to be installed. The original weather vane was removed from the congregation in 1986 after significant rusting and missing pieces, but pieces of the original were ultimately used in the new, restored version.

The bell tower is particularly significant because it was once used to communicate with congregation members and nearby residents. Historically, the bell was used to signal the death of a church member, and local residents could decipher the age of the deceased member and when the funeral would be held just by the ringing system used at the time, Shive said.

Lenea Goble, secretary and treasurer of the church’s historic foundation, said the cost to repair the bell tower exceeded $70,000, not including the weather vane restoration. For this project, the foundation solicited about half of the funds needed from members of the congregation, Goble said, which is separate from members’ regular tithes. Additionally, a bazaar at the church last week will provide more donations to the foundation.

“We have a lot of history,” Goble said. “This is something we had hoped could happen.”

Goble said the church was unable to celebrate the 225th anniversary in 2020 because of the COVID-19 pandemic, but the church plans to host a heritage day next year.

Shive frequently gives tours of the old church, which features an exterior of natural stone. Before changes made to the church in the early 20th century, Shive said the interior and floors were made from stone as well. A stone wall also envelopes the church and its accompanying graveyard.

Additionally, the bell tower is currently located on the east side of the church, facing toward the graveyard and away from the main highway. Until the 1920s, the church faced a road used to travel to the church, and that’s why it appears to face the wrong direction today.

Shive remembers when the congregation moved to the new church after members outgrew the size of “the church with the organ,” as it had been called. He specifically recalled members questioning during the late 1950s how they could afford a new building that cost around $250,000 at the time.

“We moved into the new church in 1960, but we have not ignored the old church,” Shive said. “We keep the two churches up. Those of us who went there as a children very much think of it as a holy place. We feel good about its condition now with the restoration.” 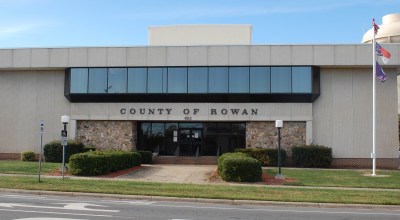