Biden salutes troops as ‘spine of America’ on Veterans Day 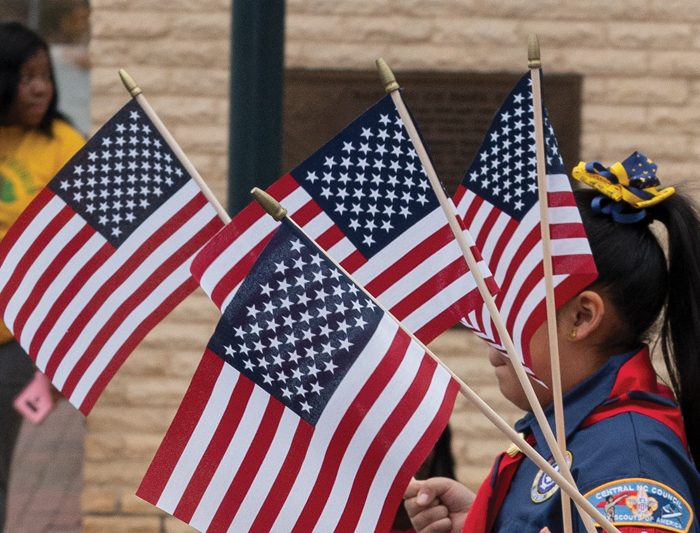 Flags on display for Veterans Day.

By Colleen Long and Alexandra Jaffe

WASHINGTON — President Joe Biden saluted the nation’s military veterans as “the spine of America” on Thursday as he marked his first Veterans Day as president in a wreath-laying ceremony at Arlington National Cemetery.

“There’s nothing low risk or low cost about war for the women and men who fight it,” said Biden, whose administration earlier in the day announced a federal effort to better understand, identify and treat medical conditions suffered by troops deployed to toxic environments.

That expanded effort centers on lung problems suffered by troops who breathe in toxins and the potential connection between rare cancers and time spent overseas breathing poor air, according to the White House. Federal officials plan to start by examining lung and breathing problems but say they will expand the effort as science identifies new connections.

Biden’s son Beau served in Iraq, and the president has suggested a potential link between Beau’s death from an aggressive brain cancer and his exposure to toxins in the air, particularly around massive pits where the military disposes of waste by burning. There’s no scientific evidence to establish that link.

This year’s Veterans Day commemoration comes just two months after Biden ordered the withdrawal of U.S. troops from Afghanistan. It was a chaotic ending to America’s longest war, which killed 2,461 American service members over the nearly 20-year conflict.

In his remarks at Arlington, Biden praised generations who have served, declaring they’ve “endured and survived challenges most Americans will never know.”

He also paused to remember three high-profile veterans who recently died: Colin Powell, the former chairman of the Joint Chiefs of Staff and secretary of state; Gen. Ray Odierno, an Army chief of staff and top general in Iraq; and Sen. Max Cleland, a Georgia Democrat who lost three limbs while serving in Vietnam.

“You are the very spine of America,” Biden said of the nation’s veterans.

Also in marking Veterans Day, a group revived an effort to pay the families of Black World War II service members for benefits they were denied.