Mike Wilson: The fellowship of fowling forefathers — my personal ‘Day of the Dead’ 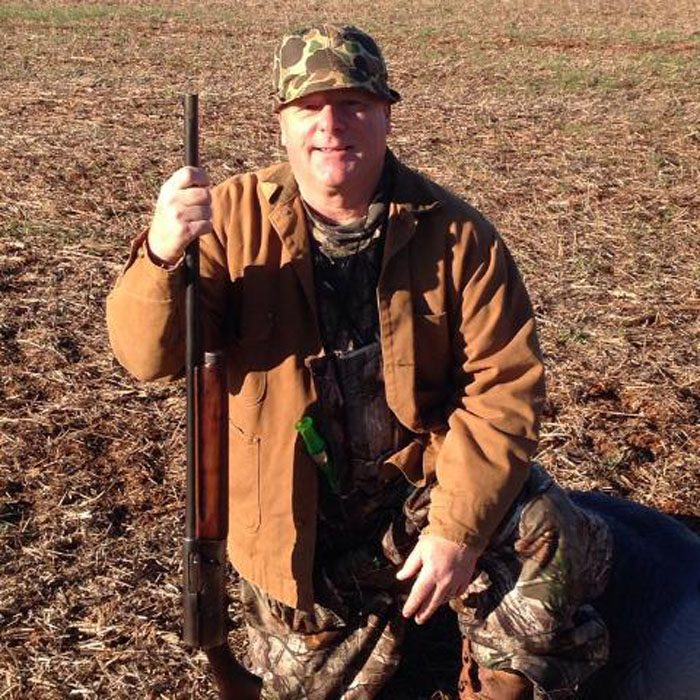 If you are reading this, it is because you have found it in an old gun case I marked with your name. Let me tell you about this December morning.

I sat at dawn in a blind by myself, yet not alone.   I was wearing a camouflage (green, the only type made in those days) Jones cap and an old brown canvas coat with frayed cuffs.  They both belonged to my father, B.J. Wilson, a great man from Memphis who died way too young. I have a picture of him wearing them and grinning widely as he hefts a strap of fat greenheads taken in the Wolf River bottom back in the early 70’s.

Hanging around my neck was an old walnut call with a chipped mouthpiece made by my dad’s stepfather, “Uncle” Bill Butler, a no-nonsense lumberyard worker with a glass eye who turned it on a lathe during his lunch time. It hangs from a loop of faded black braided catfish line, evidence of his other avocation. He shot a battered  pump with a corncob forearm that, to my knowledge, was never cleaned but always stood in the corner of the kitchen at the ready.

Lying across my lap was an old Remington Model 11 that belonged to my maternal grandfather, J.C. Omar of Jackson, Tennessee.  It was made in 1929 a few months before the world changed for everyone, and it fed his family during the Depression.  He made as much selling mallards for a dollar apiece to the doctors, lawyers, and bankers who still had money as he did working all night at a filling station.  He told me once he had killed enough ducks and small game to fill his house up, and I believe it.

When I opened this gun case early this morning, the smell of walnut evoked a flood of memories, especially huddling around a charcoal bucket to warm up and dry out in the days before propane cylinders, Goretex, and Thinsulate.

You probably know that I taught Spanish to buy groceries and shotgun shells.  I lived in Mexico for a while, too, and they have a beautiful custom there known as Día de Muertos, or the Day of the Dead. On November 2nd, families go to the cemeteries to have a picnic with their dear departed kinfolk. They usually take the favorite foods of those relatives.  It is not “ancestor worship” per se as practiced in some Asian or African cultures; it is rather a time for simply communing with the spirits of those loved ones and remembering them.

And that is what I was doing this morning.  I only use these items once a year to preserve them for you. The presence of those great men, so important to me, was palpable as I watched over the decoys and waited for first light.  I have made sure you will receive them, and I hope that maybe you will add something of mine to the set.  It may well be ammo:  my inability to resist sales and rebates on cases of steel would appear to have endowed my heirs with munitions for several decades!

I once heard Garrison Keillor say, “We are held up and carried through life by the hands of those who have loved us.”  I can take or leave NPR, but I never in my life heard truer words.  I hope you will feel some day that I have lifted you up, too.  Happy hunting.