High school volleyball: Hitters are back for the Hornets 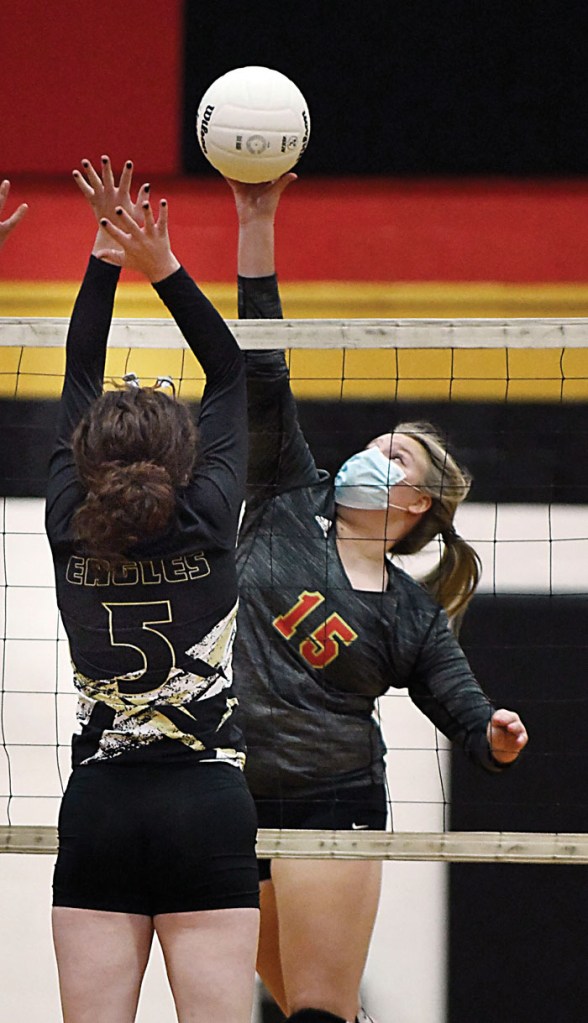 Salisbury's Brooke Cunningham is among the tops in kills for the Hornets and also the most likely to serve an ace. File photo by Wayne Hinshaw, for the Salisbury Post

The Hornets should be one of the beneficiaries of a realignment that created a smaller league and lacks perennial volleyball powers.

West Davidson, which placed fourth in the old CCC last winter, probably is going to be the team to beat most years. East Davidson, Salisbury, Lexington and Thomasville were the bottom four in the old CCC. The other two teams in the revamped CCC are former 1A Yadkin Valley Conference programs. North Rowan finished seventh in a nine-team YVC, while South Davidson finished eighth.

In other words, second place is a realistic goal for everyone this season, including the Hornets.

“We’re really excited to see what happens now that we are in a smaller conference,” said Andrea Davis, the family law attorney who coaches the Hornets. “This realignment could bode well for us going forward.”

It definitely could. The Hornets never had much of a chance when they faced South Rowan, Oak Grove and Central Davidson. But those days are in the past.

Salisbury would have had a decent shot at a successful season even without the favorable realignment.

Setter Ellen Yang and Alli Tuck, who gave her teammates a memorable Senior Night performance, are gone, but the Hornets have a lot of girls back.

There’s also momentum from a late-season surge. When the Hornets won on Senior Night, it was only their second victory of the shortened COVID season. But then they won three more matches in a hurry. They took four of their last six, including their last two. Success generates confidence.

The Hornets have five seniors.

“We have some solid veteran leaders coming back,” Davis said.

They have their most productive hitters back. Seniors Riley Peltz, Mallory Link and Ella Trainor and junior middle hitter Brooke Cunningham were the top four on the team in kills last season.

Cunningham is also the Hornet most likely to serve an ace.

So the challenges are figuring out who’s going to set and re-organizing a back-row defense that no longer has Madelyn Lawrence.

Sophomore Katie Peeler, who got some varsity action as a freshman, is versatile and could lead the team in digs.

Junior Kendal Colwell will get some digs. Senior Alondra Acevedo’s biggest role will be on serve-receive.

Leading candidates to set are freshman Ashley Yang, Ellen’s sister, and senior Grace Blackwell, who got some experience in that role last season.

Peeler and freshman Ava Morris, who can hit and dig, also are listed on the 10-girl roster as potential setters.

Morris was one of the bright spots Tuesday in a non-conference loss to South Rowan.

“We have some very talented young players who will be major contributors on the varsity team,” Davis said.  “With a record number of freshmen coming out this year, I’m thrilled with the excitement in our community for high school volleyball. I want to encourage younger players to take advantage of our local youth resources in order to learn the game through the YMCA, Hall Gym and Catawba College.”