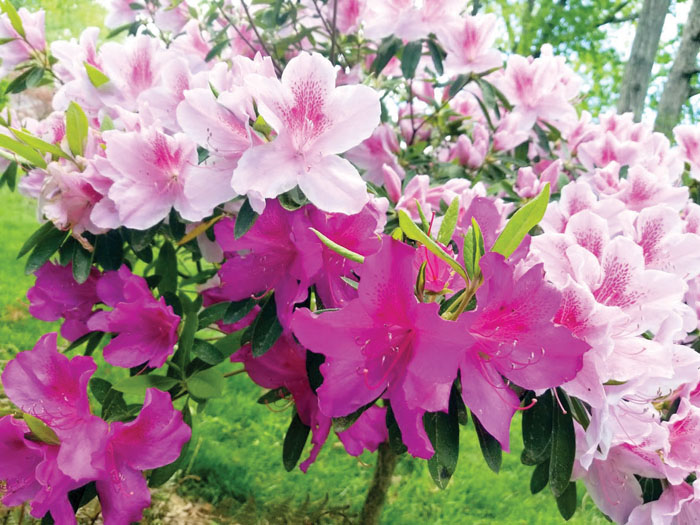 July is generally the last month you can prune older-type azaleas as they generally set their blooms in mid-August.

Even though the newer Encore-type azaleas are very popular, traditional azaleas are still very popular and are again rapidly growing. These oldies need a little pruning to prepare for another glorious bloom season next year. July is generally the last month you can prune older-type azaleas as they generally set their blooms in mid-August. If you prune later this summer, you will remove much of the next spring’s flowers. Judicious pruning is encouraged to keep the plants vigorous for next season’s bloom. Avoid using electric pruning shears as these tend to leave jagged cuts; an open invitation to insects and disease problems. Utilize sharp pruners to make your cuts. Lone stems with woody growth clusters need to be pruned back into the body or center of the plant to a healthy stem. It’s important not to leave stubs after the pruning cut. Pruning growth back to healthy stems allows additional growth in the summer and fall for more blooms in the spring. Pruning paint is generally not recommended and will not be of any benefit to the pruned shrub. August is also the last month to add fertilizer to your azaleas. Special azalea foods increase vigor and spring blooms. Avoid fertilization in the fall as newly formed succulent growth is often damaged by frigid temperatures in late winter and early spring.

Newer Encore-type azaleas bloom twice a year in the spring and fall. These types of azaleas need to be pruned immediately after the spring flowering for maximum bud set.