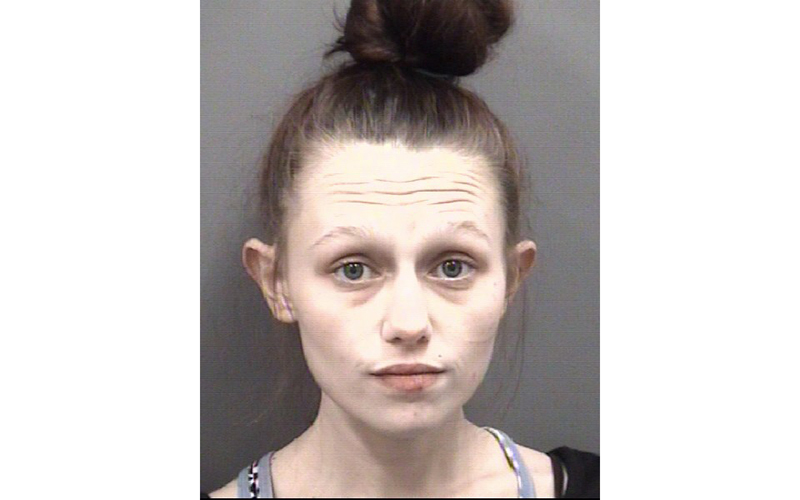 SALISBURY — A woman facing charges in connection with a 2019 murder saw her bond revoked during a Rowan County Superior Court hearing Wednesday morning after cutting off an electronic monitoring device.

Savanah Marie Dial, 24, is facing charges of larceny of a motor vehicle, possession of a stolen firearm and accessory to murder in connection to the March 2019 killing of 17-year-old Jabari Isaiah Rogers. Two days after the slaying, which occurred in Woodleaf, Dial was found and arrested by authorities in Robeson County alongside Hayden Scott Godair, who is facing a charge for first-degree murder for the killing. The two were inside a vehicle stolen from a home near the scene of the crime at the time they were apprehended.

Dial was later released on a $140,000 secured bond under the condition that she wear an electronic house arrest monitoring bracelet. She was being monitored by Tarheel Monitoring, a Wilmington-based company that provides GPS electronic monitoring services in North and South Carolina. The prosecution made a motion in Rowan Superior Court Wednesday to have her bond revoked after Dial removed the device last month.

Chris Sease, the court-appointed attorney representing Dial, asked presiding Superior Court Judge Lori Hamilton not to grant the prosecution’s motion. Sease admitted that Dial did make a mistake, but said she was trying to make it right by appearing in court Wednesday.

Hamilton said there are serious consequences to Dial intentionally removing the bracelet and approved the prosecution’s motion, raising Dial’s bond to $350,000. If Dial posts bond, she will be released under the same monitoring conditions as before. Dial was taken out of the courtroom by a bailiff and later booked into the Rowan County Detention Center. Her next court date is scheduled for December.

After Dial’s bond was revoked, Godair appeared in the courtroom for his own hearing.

Godair is currently an inmate in the Rowan County Detention Center. In addition to first-degree murder, Godair has been charged with discharging a weapon into occupied property, possession of firearm by a felon and interfering with a jail or prison fire system.

Douglas Smith, who is Godair’s court-appointed attorney, said the prosecution has made an offer to Godair and requested that Hamilton clear the courtroom of the public for a hearing on the deal.

Before the courtroom was cleared, Godair asked the judge directly if Smith could be removed from his case and expressed his displeasure with Smith’s representation. Hamilton responded that she did not have control over the matter. When the courtroom was reopened, the hearing was over and Godair had been removed from the room.

When asked about Godair’s case, District Attorney Brandy Cook said she could not comment because it’s still pending.