NASCAR: All eyes on Texas for today’s All-Star race 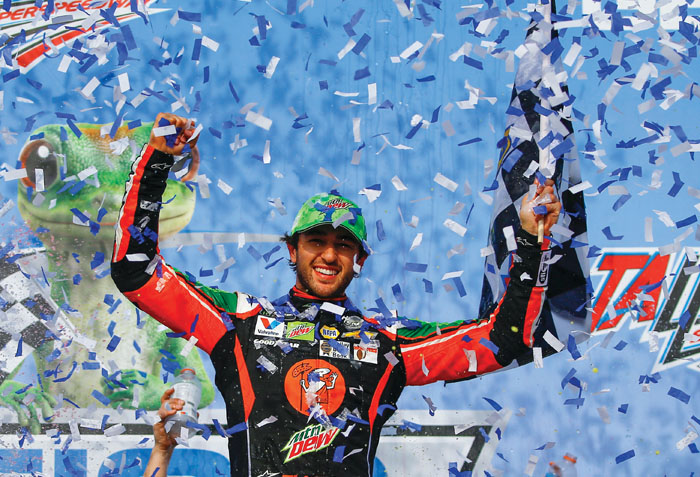 FORT WORTH, Texas — An All-Star race in the Lone Star State, with at least five restarts over 100 laps, a few inversion gimmicks and $1 million for the winning driver.

NASCAR is providing quite a night to mark the 25th season of racing at Texas Motor Speedway and sendoff for track president and showman Eddie Gossage, whose last race is today after overseeing the track since its groundbreaking in 1995, two years before it opened.

“This is a full metal rodeo for a big ol’ bag of dough,” said the 62-year-old Gossage, who saw hosting the All-Star race as a perfect ender for him.

Texas is the third track in three years for NASCAR’s annual non-points All-Star race. Chase Elliott won last summer at Bristol, where it was moved from Charlotte, which hosted 34 of the first 35 All-Star races, because North Carolina wouldn’t allow spectators due to COVID-19 restrictions.

“It’s a race that should move, and I’m glad it’s moving around,” said Elliott, who also won his first Cup title last season. “We’ll see how it is here at Texas. It should be a good show.”

There will be six segments of racing — the first four being 15 green-flag laps each, before a 30-lap segment that must include a four-tire stop for which the fastest pit crew will get $100,000, and then 10 laps to the checkered flag. Based on a random draw, the top eight to 12 spots will be inverted before the second and fourth segments, and the entire field of up to 21 cars will be inverted before the third.

The lineup for the longest stretch will be based on cumulative finishes from the first four segments, and the finishing order of that fifth segment will set the starting order for the final short shootout.

While the rules package for the cars will be similar to the usual configuration and downforce for 1 1/2-mile tracks, slightly reduced tapered spacers will lower the horsepower to the range of 500-510, short of the normal 550.

“I think everybody’s going to try and run wide open,” said Austin Dillon, who won 11 months ago at Texas in a 1-2 finish with Tyler Reddick for Richard Childress Racing.

“As far as the inversion and all the different starting positions, I think I’ll just leave that up to Justin (Alexander, crew chief) and the guys to help me out with that,” said Dillon, who starts fifth.

For the 17 drivers already qualified for the All-Star race, the starting order was determined by random draw. The polesitter is Kyle Larson, who has won the last two Cup races and has been part of three consecutive 1-2 finishes for Hendrick Motorsports with Elliott, who starts sixth. Three other drivers will advance from the All-Star open race earlier today, and a fan vote will determine the final spot.

The only drivers locked into the All-Star race doing double duty this weekend are Elliott and Kyle Busch, who was in the Xfinity race Saturday and will start second tonight at the track where he’s won four Cup races.

Elliott was entered Saturday in his first Truck Series race at Texas, in a truck sponsored by Adrenaline Shoc. It features art work of the limited edition can of the performance energy beverage unveiled this month commemorating his Cup championship.

“It was a big win for sure. And I felt like that was kind of the part of the season where it really started to get better and started to run really well and a little more consistent,” Elliott said. “So I don’t know if that was just timing or what. … It’s tough to say, but glad it worked out well.”

Elliott is third in points this year with 10 more races until the Cup playoffs and hasn’t been out of the top 10 since the end of the 2019 season. With no points on the line, he will try to win his second consecutive All-Star race, an event he got into from 2016-18 only because of the fan vote.

“I’ve been a part of this event where we’re not locked in, and that’s not a super fun place to be the afternoon of the All-Star race,” he said. “It feels like another points race, and I don’t feel any different this week than I do going into other events.”