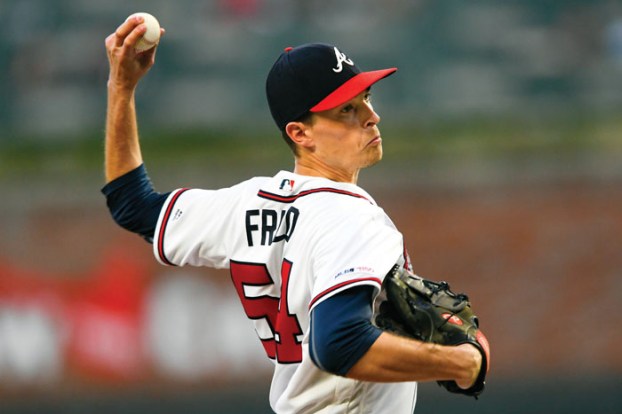 MIAMI (AP) — The Miami Marlins won by one for a change, and the Atlanta Braves again came up just a little bit short.

Yimi García worked around a leadoff single and a two-out walk in the ninth inning to seal the Marlins’ 4-3 win Friday. They improved to 5-12 in one-run games, while Atlanta has lost three consecutive games by a run each.

“Those kind of games are usually decided by something small,” Marlins manager Don Mattingly said. “We’ve had a chance to win a lot of them.”

Because of their poor record in close games, the Marlins are 28-35 even though they’ve outscored their opponents.

And because of the recent skid by the Braves (29-32), they’ve fallen five games behind the NL East-leading New York Mets.

“It’s one of them years,” manager Brian Snitker said. “Every day the last few years we won these games. We’re not now. As long as we’re playing these games and giving ourselves a chance, at some point in time we’ll start winning them.”

Atlanta out-hit Miami 9-5 but went 2 for 12 with runners in scoring position.

Jazz Chisholm’s two-out, two-run single in the fourth inning put the Marlins ahead to stay. Sandy Alcantara (4-5) allowed two runs in six innings as Miami beat Atlanta for the fourth time in five meetings this year

García, the Marlins’ fifth pitcher, struck out Ronald Acuña Jr. on three pitches in the ninth, and fanned Austin Riley to end the game for his 11th save in 14 chances.

“It’s a very exciting thing to do, winning a game like this,” García said through a translator. “It keeps your adrenaline high and a little pumped for tomorrow.”

Charlie Morton (5-3), who had won his past three starts, gave up four runs in four innings, and his ERA rose to 4.50. He walked two, hit a batter and threw a wild pitch in the fourth, when Miami scored three runs to take the lead.

“I was fighting myself all night with my command,” Morton said. “Too many balls, and too many missed locations and then giving up timely hits. I never got in a rhythm.”

Chisholm led off the first with a single, and the Marlins scored in the inning on Adam Duvall’s sacrifice fly. Jon Berti singled home their second run.

The Braves scored in the first because of a replay review. Acuña was ruled out at second on a steal attempt, but the called was reversed, and he came home on Albies’ one-out single.

The Marlins’ Corey Dickerson was robbed in the third inning when third baseman Riley made a leaping catch — in short right field.

Marlins: C Jorge Alfaro left the game in the fifth inning with a bruised left elbow after getting hit by a pitch. X-rays were negative, and his status is day to day. … Chisholm tweaked his right ankle on the bases but stayed in the game and said he felt no pain afterward. … RHP Sixto Sánchez (right shoulder), who had a setback in his rehab last week, has resumed throwing from 60 feet.

LHP Max Fried (3-3, 4.63) is scheduled to start Saturday for the Braves. It was expected to be a bullpen game for the Marlins, who hadn’t announced their starter.