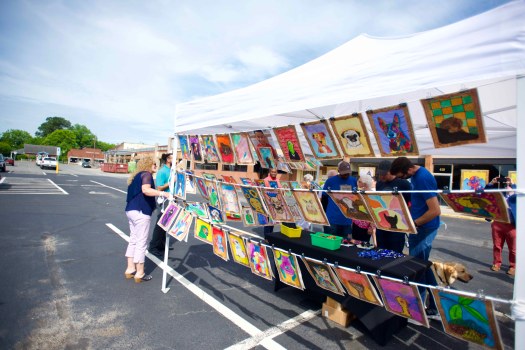 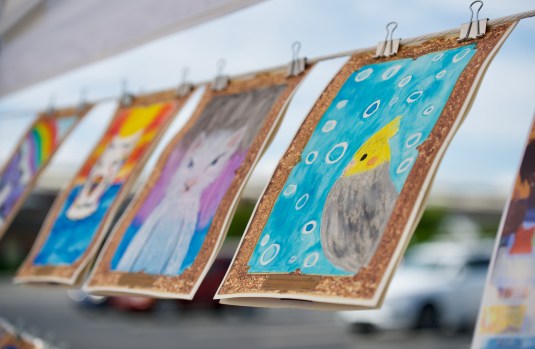 Carl Blankenship/Salisbury Post - Students tried to capture the personality of the animals in their pieces. 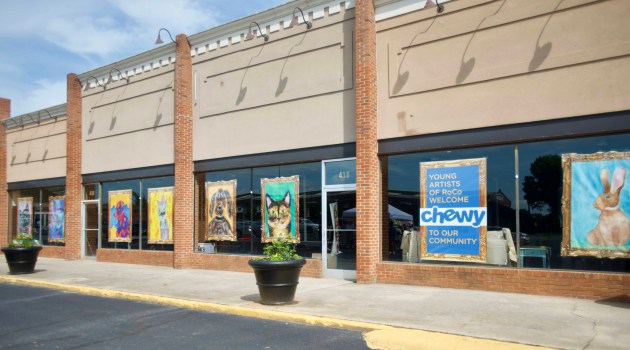 Carl Blankenship/ Salisbury Post File Photo - The project at Park Plaza in Spencer is getting closer to completion. 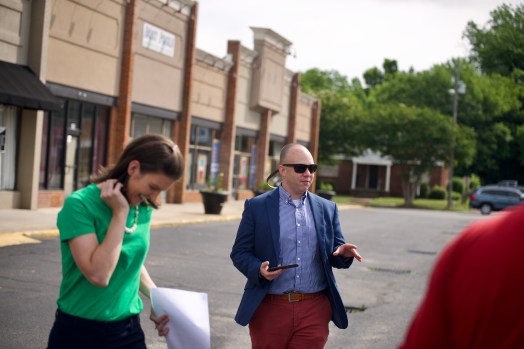 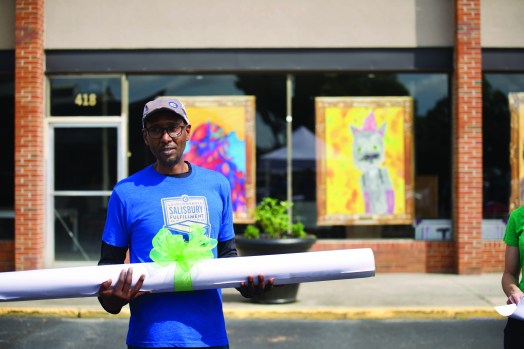 Carl Blankenship/Salisbury Post - Salisbury fullfilment center general manager Mazin Merghani accepting large prints of some of the artwork to display in the center.

A small crowd gathered Wednesday morning to see the product of the project: dozens of pet portraits and a public window display at Park Plaza.

Wednesday’s event has its roots in 2019, when Chewy announced its latest fulfillment center would be in the Salisbury area. North Rowan High had recently finished a project designing shipping container classrooms. Speaking to the crowd Wednesday, North Principal Meredith Williams said that project introduced students to logistics and the school started thinking about how it could “wow” Chewy.

The school talked to Philadelphia-based organization Fresh Artists, and founder Barbara Allen suggested having students create portraits of their pets.

The project became a district-wide call for portraits to be created by students at all grade levels. The idea started before the COVID-19 pandemic, but after the pandemic struck supplies were delivered to students as part of summer art camps.

There were more than 600 submissions, and 66 were made part of the Fresh Artists collection.

The project did not stop there. The design focus at North Rowan kicked in and the idea for the public display of a select few pieces rose to the top. Students also produced a video explaining the project, which visitors could view on iPads Wednesday to explain what they were seeing.

Mazin Merghani, general manager of the local Chewy fulfillment center, attended the presentation and accepted some large-scale prints of some of the pieces to display in the center.

Merghani said Spencer Mayor Jonathan Williams, Meredith’s husband, reached out to the company about the project on behalf of the school.

Meredith commended the diversity of the animals, ranging from chickens to ferrets, and the way students brought out the personality of their pets with extra details like a pair of glasses on a dog.

“I just think it’s so fun to look at,” said North art and drama teacher Leigh Ann Alexander. “A lot of times you can even tell this must be the child’s pet because you can see their personalities coming through.”

She had the opportunity to meet some of the pets when remote classes began due to COVID-19.

Alexander connected other art teachers in the county with Fresh Artists for the project and distributed the materials as well.

Alexander said the school has collaborated with Fresh Artists before, but this project was larger because it was district-wide. She said the biggest part of the project was documenting each piece before shipping them to Fresh Artists and eventually returning the originals to the kids.

Khoron said the project was fun and he enjoyed a bit of spotlight time.