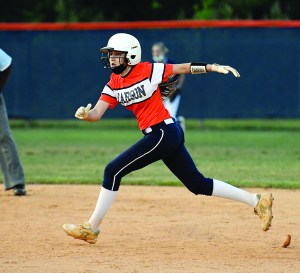 CHINA GROVE — Carson held on to beat Marvin Ridge 5-3 on Thursday in a first-round game in the 3A softball state playoffs.

The teams were rained out on Monday and Tuesday. Play was stopped by weather in the bottom of the first on Wednesday, with Carson leading 2-0.

Carson got two hits each from Ellie Wilhelm, Allie Burns and Landry Stewart.

Carson plays at Alexander Central Friday, with the winner of that game playing East Rowan in the third round.

East Rowan and West Rowan already have won twice in the playoffs. West plays at North Buncombe on Friday.