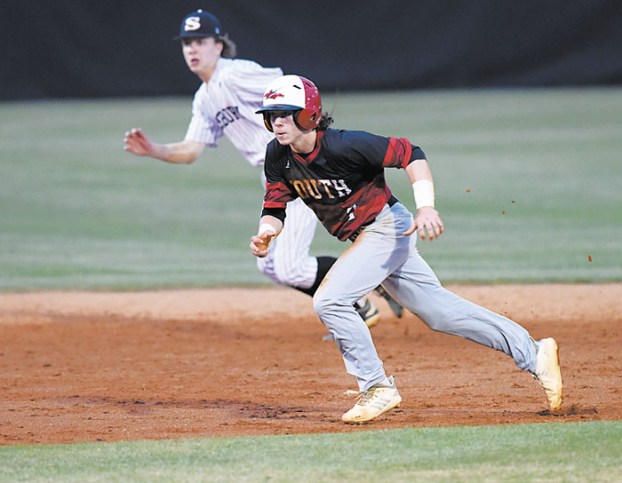 Third in a series of reports on local baseball teams …

LANDIS — South Rowan’s baseball team boasts a talented roster of experienced juniors and seniors, but a sophomore pitcher my be the difference-maker who can push the Raiders from pretty good to really good in their final season in the Central Carolina Conference.

Haiden Leffew, a 6-foot-2 lefty who has been impressive for the powerful South Charlotte Panthers showcase team, will be looked to as the Raiders’ ace and will likely get the ball against the CCC’s best squads. Normally, that list includes Ledford, North Davidson and Oak Grove. CCC teams are only playing each other once in this shortened season.

“Haiden has got the best stuff on our staff and he’s still growing physically and still getting better with every bullpen he throws,” South head coach Thad Chrismon said. “He had a really strong summer.”

Leffew, who was throwing 85 mph during the summer months, is on track to be an early college commit.

Senior Luke Hiskey was 4-3 for the Raiders as a sophomore back in 2019 and 1-1 in the abbreviated 2020 season. He’s pitched in a lot of varsity games.

Jack Weaver and Jackson Deal have enjoyed varsity pitching success out of the bullpen, and Chrismon also likes what he’s seen of Carson Crainshaw, Chandler Oddie, Colton Fisher and Finch McMillin on the mound.

“We’ve got more pitching options than we’ve had,” Chrismon said. “We’re thankful we’re getting to play at all, but with the number of good arms we have, I do wish we had more games.”

South also has catching options. Senior Drew Watkins has been swinging a solid bat for a long time, and Chrismon also is enthusiastic about junior Jacob Ritchie.

“There will be games when we’ll need to get both of their bats in the lineup,” Chrismon said.

South will have an athletic outfield. Chrismon believes center fielder Kane Kepley will be as good defensively as anyone in the area.

“He can really track a flyball and runs down balls that you don’t think he has any chance to get to,” Chrismon said. “He’s smart, he’s a tough competitor, he’s a vocal leader, and he’s got a really strong arm.”

Deal will play mostly right field, although he may also turn up in left field, at third base or on the mound. The Methodist commit runs well and throws well.

Devin Arnette, a feisty competitor who played safety on the football team, is expected to get most of the starts in left field. McMillin and Caleb Nesbitt are other outfield options.

Three infield positions are manned by all-county candidates, with Weaver, a senior who is headed to Surry Community College, at third base. He’ll swing in the middle of the lineup and is an excellent defender. Weaver led South in RBIs as a sophomore in 2019.

Shortstop Nathan Chrismon, the coach’s son, and second baseman Ty Hubbard are juniors who been starters since they were freshmen.

That’s a dynamic trio that should be good offensively — and even better defensively.

When Weaver get mound duty, South can either use Fisher at third base or move Deal from the outfield to the hot corner.

First base isn’t set, but there’s no shortage of candidates. Leffew, Hiskey, Crainshaw and JD James are the possibilities.

“A couple of them are bigger guys, but they’re all good athletes,” Coach Chrismon said. “We can go with defense at first base or we can go with the hot bat.”

Coach Chrismon held his breath frequently during football season, as South had eight varsity baseball players on the football squad.

“Normally, you’ve got a basketball season between football and baseball and some time to rest up, but this year it was finish football on Friday, and then start baseball practice on Monday,” the coach said. “But we got through football season healthy.”

The future is bright for South, even with the move back to 3A looming this fall.

“I think our strength will be defense, and when you’re good on defense it gives your pitchers confidence that they can pitch to contact,” Coach Chrismon said. “We’ve got athletes, we’ve got experience, we’ve got good chemistry, and with the depth we’ve got, we’ve been able to cultivate a competitive atmosphere. Guys have been competing hard with each other in practice, but they understand that the team is still the main thing.”

Besides its nine-game CCC slate, South will take on West Rowan, Carson and Southern Lee (at home) outside the league. There will be a CCC tournament following the regular season.

South is planning a night to recognize the 2020 baseball seniors who lost almost all of their last high school season to COVID. That Class of 2020 always will have a unique place in the history of high school sports, and COVID protocols are still a daily part of life for high school coaches and athletes.

“We played a scrimmage the other day, and I realized I was jumping up and down,” Coach Chrismon said. “It feels like it’s been such a long time since I got to see these guys play. We’re all excited to be back out there.”