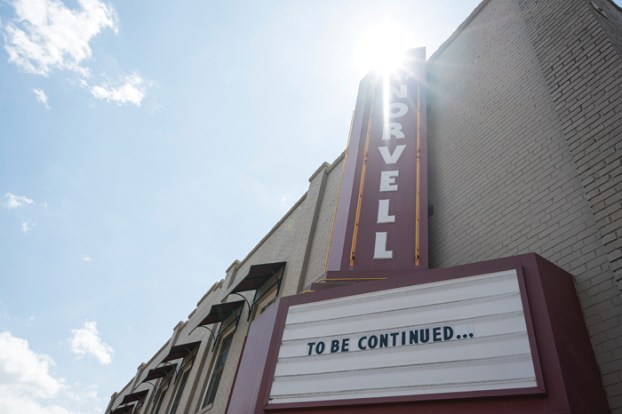 Josh Bergeron / Salisbury Post - The sun peeks over the marquee at the entrance to the Norvell on Fisher Street in May 2020.

Ask Us: What’s the status of Piedmont Players?

Piedmont Players this month expects to announce plans for its first in-person performance since COVID-19 shut things down in March 2020, says Lori Van Wallendael, president of the board for the theater group.

She said the first performance will be a comedy and that Piedmont Players expects to use the Norvell Theater at 50% capacity, which would allow for about 125 people. Wallandael says the community theater company wants to start with the smaller Norvell Theater because it’s unsure of patron interest in returning to shows. It also will be logistically easier than starting back at the larger Meroney Theater.

Her answer came in response to a reader question about how Piedmont Players plans to make use of Gov. Roy Cooper’s loosened COVID-19 restrictions that allow for 50% capacity indoors.

“We’re hopeful that people are ready,” she said. “We are cautiously optimistic, especially with the latest moves by the governor, but we also know about the importance of the need for caution.”

The changes allowing for Piedmont Players’ return were announced March 23. Among other things contained in Cooper’s announcement, the following places can open indoors and outdoors at 50% capacity with masks and social distancing:

• auditoriums, arenas and other venues for live performances

The theater group is in the process now of selecting a season that could start in the fall and run through summer 2022.

SALISBURY — The stands at the Rowan County fairgrounds were filled with enthusiastic fans on Saturday afternoon who roared with... read more