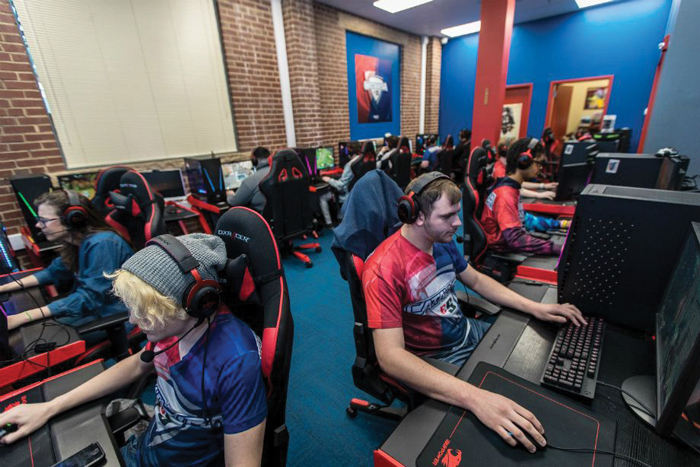 SALISBURY — There is a new opportunity for prospective students to take their passion for competitive gaming into a college education.

Stay Plugged IN, an esports recruiting firm based in Charlotte, has formed new partnership with Catawba College to give students the chance to earn substantial scholarships. Any student who plays in one of Stay Plugged IN’s events and is recruited at Catawba to play esports will be awarded a minimum of $2,000 per year in scholarship funding.

Esports is the accepted term for competitive video games, and SPIN Director of Digital Marketing Alex Cummings said the firm looks for the best high school players in the U.S. and Canada, mentors them and helps them find a pathway to college via the industry.

“We’re working with them because they’re local to Charlotte and North Carolina to really make sure the people, the students and the families, that are coming through their programs, know that there is a guaranteed opportunity,” Sasser said. “They’re not just spending money for a camp or a tournament.”

Cummings said SPIN works with college hopefuls on their skill levels, but also teaches about video editing, branding, graphic design and business skills that have become ubiquitous parts of the esports landscape. He said colleges are looking for the skills outside of playing ability that can help them improve their programs. 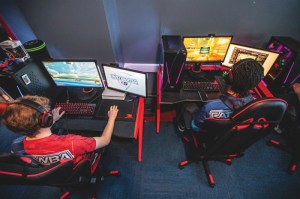 Sasser said the program started with about 12 students and now hosts about 20. The program the program took home its conference championship for Valorant. It also competes in League of Legends, Rocket League, Fortnite, Apex Legends and is starting a Call of Duty team.

Sasser said the program has avoided issues traditional sports teams had during the pandemic with not being able to play, but it did slow down recruitment.

“I’ve gotten a lot more parents and students that are concerned about returning to an in-person environment,” Sasser said.

Sasser said students are asked to dedicate many hours of their week to practice, review and meetings. He dispelled the idea that that esports, now a multi-billion dollar industry, are not a worthwhile endeavor.

“I don’t think the skepticism is any less, but I think people have started to become more open minded,” Sasser said, adding families are no more open to being convinced of the legitimacy of esports in one conversation rather than days of talks he was used to only a few years ago.

The college has two fully equipped gaming labs in the Cannon Student Center, a viewing area with a video wall and a community game lounge.

Cummings said many of the students it recruits intend to study engineering or computer science disciplines. Competition teaches communication skills and strategic thinking rather than just hand-eye coordination.