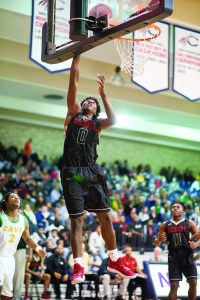 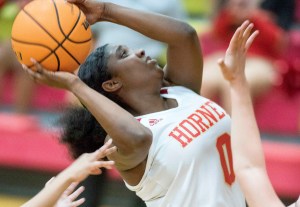 Tuesday is expected to provide the most heat and excitement that’s been generated to this point in a strange and drastically shortened 2020-21 basketball season.

North Davidson’s undefeated squads visit Salisbury, where both Hornet teams have tasted defea outside the league  but remain perfect in the Central Carolina Conference.

He’s scored more than 30 five times and scored 50 against Thomasville.

The really bad news is Dalton isn’t a one-man show.

Salisbury counters with an interesting team that averages almost 61 per game, while allowing 50.  Salisbury (7-3, 7-0) is  ranked 25th in 2A by MaxPreps.

Cameron Stout averages 15.3 points and is an excellent 3-point shooter. He’s coming off a career game with 27 points and seven 3s. He missed the first two games this season, an overtime and a double-overtime loss for the Hornets in non-conference outings.

Jalon Walker averages a modest 7.2 points per game, but the football stud is always a double-double threat. He’s gotten a lot more rebounds than points.

Forward Joseph Witherspoon will be a key, as he’s been up and down. He averages 8.5 points, but  he’s scored anywhere from zero to 15 on a given night.

An injury in the third game to senior point guard Javon Smith changed some things for the Hornets. Smith has been limited or out since then,

That means Salisbury is  reliant on freshmen Deuce Walker and Mike Geter for much of the ball-handling and  decision-making. They’re  special athletes, but they’re young, and this will be the biggest game they’ve played in.

Salisbury isn’t tall, but it’s tough, strong and physical and will try to slow down the fast-breaking Black Knights.

Salisbury’s girls (9-1, 7-0) have been a tornado  and haven’t had anything resembling a close game in CCC play.

Salisbury also won at Forest Hills, which is still undefeated in the Rocky River Conference. Salisbury’s lone loss was to Northwest Guilford, a 9-0 4A team, and that setback was  by one point.

The Hornets are ranked No. 1 in 2A by MaxPreps and No. 8 for all North Carolina teams.

Kyla Bryant can score inside and out and averages 15.3 points per game.She’s scored in double figures every game.

Salisbury has an outstanding 3-point shooter in Rachel McCullough (12.8 points per game). She’s coming off a season-high 20 points on Friday.

Jamecia Huntley, MaKayla Noble and Icesis Nwafor are all capable of double figures, while Mary Morgan and Jaleiah Gibson do most of their work on defense and on the boards.

Natavia Taborn has given the Hornets some quickness coming off the bench.

The Hornets still have hope of adding the height and long-armed defense of injured Haley Dalton to the mix for the playoffs.

Salisbury’s defense has been rugged and is allowing 29.5 points per game. The Hornets have held three overmatched CCC squads to 15 or fewer.

Ranked eighth in 2A by MaxPreps, North Davidson (9-0, 7-0) has had no trouble with the CCC teams it’s faced and is averaging almost 68 points per game.

In the CCC, South Rowan plays at Central Davidson.

In the YVC, North Rowan is at South Davidson.

In the NPC, Carson hosts West Rowan. West’s boys are tied for first with North Iredell, while Carson’s unbeaten girls can clinch an outright title.

East Rowan is at Statesville.