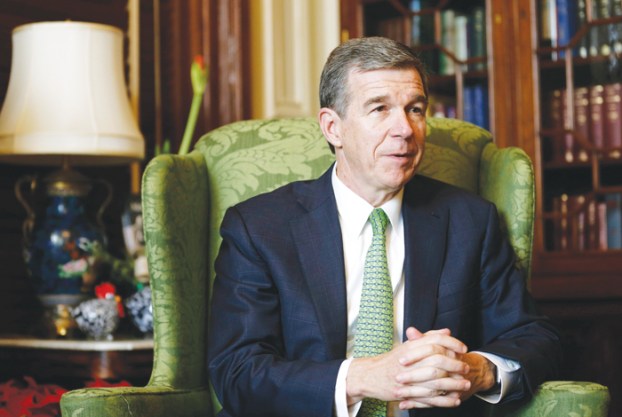 The Democratic governor announced the creation of the North Carolina Council for Health Care Coverage just last month, mere weeks after both he won reelection and the legislature remained in Republican hands. Cooper has said he created the panel to find consensus on health access as divided state government will continue for another two years.

The panel, which wrapped up its work after four online meetings, did not recommend specific policy prescriptions but rather “guiding principles” members hope will lead to legislative successes.

Whether these commitments to maximizing quality, affordable coverage, reducing racial and rural health disparities and using taxpayer funds wisely will lead to breakthroughs during the new General Assembly session that begins in earnest next week will become visible with time.

The principles “that you’ve helped develop will carry significant weight as we go forward,”

Cooper told the panel as its work ended. “They are truly bipartisan principles and I think they reflect a wide range of perspectives.”

Divided government means Cooper’s first-term goal of expanding Medicaid coverage to hundreds of thousands of adults through the 2010 federal health care law again will be hard to accomplish entering his second term. Republicans have blocked expansion since 2013, skeptical of the approach and fearful the estimated $500 million annual price tag for the state will spiral out of control.

But the split also threatened a repeat of 2019, when the governor and GOP legislators never passed a traditional two-year budget because of an impasse largely attributed to their differences over Medicaid expansion. That stalemate also delayed or halted some health care improvements by the GOP.

Cooper, House Speaker Tim Moore and Senate leader Phil Berger have said separately that they are committed to avoiding another fiscal deadlock while finding common ground on issues.

Some GOP lawmakers who were panel members were somewhat suspicious about the council, worried that it would turn into a megaphone for expansion.

But the council also looked at other initiatives in other states, and speakers included representatives of the business community and the conservative-leaning John Locke Foundation. And members also discussed other policy options, including tax credits for small businesses that provide employee coverage, premium reductions on the health insurance exchange and extending Medicaid coverage longer to new mothers.

About 18% of the North Carolina population was covered by Medicaid in 2019, according to census figures cited by the council, while 12% was uninsured. Cooper said Friday the problems associated with affordable insurance have been laid bare during the coronavirus pandemic, making solutions more urgent.

In interviews with The Associated Press this week, Berger and Moore did not know whether the council’s efforts would lead to legislative success with Cooper. Both remain wary of accepting a broad expansion of Medicaid, even though the federal government would cover 90% of its costs.

“I don’t know that anybody’s mind has been changed about Medicaid expansion,” Berger told the AP, but said he agrees with Cooper about helping individuals who can’t find affordable insurance or none at all. “We need to find ways to do a better job of providing them with access to coverage.”

Other guiding principles backed by the council included “fiscal sustainability” for hospitals, doctors, patients and the state; improved access to mental health and substance abuse services; and simplifying insurance.