“She always had a smile on her face:” Active in the community, Jeannie Misenheimer dies from COVID-19 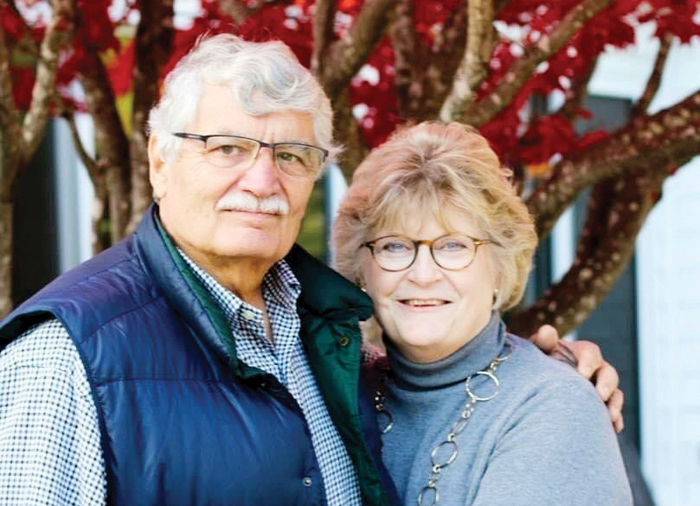 Jeannie and her husband, Tony, a graduate of their East Rowan class of 1963, were married 47 years.

Here’s the thing you need to know about Jeannie Misenheimer: She and her husband, Tony, had friends literally all over the country.

But she and Susan Loflin were best friends. Loflin wants to make sure you know that. She even calls back after an interview to make sure she told you. Because taking care of her best friend’s family is at the top of her list right now.

“Tony and my husband Ronnie have known each other since grade school,” Loflin said Monday. “We traveled together and just all had the best time. She was a real sweet person. She and Tony are the most generous people you’d ever want to be around.”

Tony Misenheimer graduated from East Carolina University, as did all three of their daughters. Family tailgates at ECU football games were a common practice. Misenheimer came from Virginia to attend Catawba College, and never left. She had scores of friends from Catawba. She was a organizing member of the East West Bridge Club. She was “camp Nana” at First Descents Camp, a program that provides outdoor adventures for young people affected by cancer and other serious health conditions. She regularly accompanied her husband of 47 years to insurance conventions throughout the Northeast.

“She was on so many boards and volunteered so much,” her youngest daughter, Mary Craig Palmatary, said Monday. She may have been a homemaker, her daughter said, but she was really a professional volunteer.

Misenheimer touched so many people throughout her life, which is why all of these friends were so shocked and so saddened to hear of her death late Saturday of complications from COVID. She and her husband both had the disease, their daughter said, but her mom just couldn’t beat it.

“Her body was not equipped to sustain such a dramatic blow that COVID gives some people,” she said.

Ed Norvell wept when he heard the news. He and Misenheimer served on the board at Rowan Museum.

“She was just a ball of fire,” he said Monday. “She was an amazing person and so generous to so many causes. She was such a giving and kind person. She always had a smile on her face. She was always ready to roll up her sleeves and get to work.” 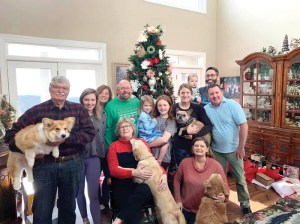 Jeannie and Tony with their three daughters, three sons-in-law, and four grandchildren.

“If I gave Jeannie a job, I didn’t have to worry,” Hirst said Monday. “She ran with it. She was a good hostess who pulled off events with great aplomb.”

Misenheimer was an early member of the Sweet Potato Queens, a Relay for Life team that has raised more than $250,000 over the years. Team members recently donated $25,000 to the new Wallace Cancer Center.

“Jeannie came up with the idea of a White Elephant Auction at Christmastime, and she was our auctioneer,” said Margaret Basinger, who has led the group for many years as “Boss Queen.” “You can imagine how funny she would be, and how much money she would raise.”

Misenheimer was a member of the first Rowan-Salisbury Schools board elected after the merger of the city and county schools in 1989. She served with chair Anne Fuller (deceased), Clyde Miller (deceased), Jonathan Shores, Dr. Georgianna Thomas, Dr. Bill Thompson, and the Rev. Stan Welch. Dr. Don Martin served as RSS superintendent from 1989 to 1994. He was later superintendent in Forsyth County, and has been a county commissioner there since 2014.

“Jeannie had an unbelievable sense of humor,” he said Wednesday. “She was committed to children, and the school board was a perfect thing for her. I’ll bet you she never missed a meeting. She was a model school board member.”

Under Misenheimer’s leadership, the board hosted the N.C. PTA convention, Martin said. She also completed a number of training workshops on behalf of the school system.

The Post once said that Thomas and Misenheimer “were joined at the head” — probably because they thought so much alike, Thomas said. “She spoke her piece, especially when we were in a closed meeting.”

“They came together as a set,” Thompson said. “They were like salt and pepper.”

Even though Misenheimer and Thomas were from the county and Thompson was from the city, there was never any animosity among the board following merger.

“Jeannie and Georgianna and I were a tight group,” Thompson said Wednesday. “Jeannie was lots of fun and so effervescent.”

“We traveled a lot going to conventions,” Thomas said, “so we were close friends. She just had friends here and there and everywhere. She was very well thought of.”

Misenheimer was also a member of the Rockwell town board. The role she relished most, though, was that of mother and grandmother.

The couple’s three daughters, Heather Stepp, Caroline Connolly, and Mary Craig Palmatary, all live in Greenville with their families. The Misenheimers have three granddaughters and a grandson ranging in age from 2 to 18.

“She was the kindest, most thoughtful grandmother,” Palmatary said. “My son was the first boy, and when I was pregnant, everybody just knew it was a girl. It was a big shock. It was fun watching her with a little boy. But she adapted. Her grandchildren just loved their Nana so much. We’ll do the best we can to make sure her legacy goes on. She was a huge part of our lives. It’s going to leave a large hole for sure.”

On the night her mother died, Palmatary found a hand-written quote by Dostoyevsky that Misenheimer had stuck on her computer: “Let us remember what it was like when we were all together here, united by a good and kind feeling that made us, for a while, better than we otherwise would have been.”