Two dead after Sunday fire at home near Rockwell 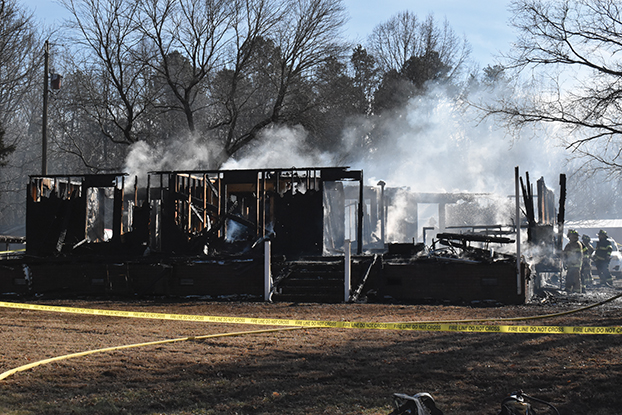 Two people were killed by a fire that engulfed a home near Rockwell. Ben Stansell/Salisbury Post

ROCKWELL — Two people were killed in a late Sunday morning fire that destroyed a house on Doublethumb Road near Rockwell.

Rockwell Rural Fire Department Chief Alan Shinn said firefighters were dispatched at 11:30 a.m. to attend to a possible structural fire with two people trapped inside. The Granite Quarry Fire Department was first on the scene and arrived to find a “fully-involved” fire engulfing a one-story, stick-built house. 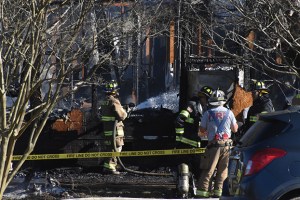 A Granite Quarry firefighter sprays water over the remains of a fatal house fire near Rockwell. Ben Stansell/Salisbury Post

Rowan County Fire Division Chief Deborah Horne confirmed that two bodies were recovered from the house. The names of the victims are not known at this time.

Shinn said that there has been no determination as to what caused the fire.

Rockwell Rural and Granite Quarry worked in conjunction with at least 20 other departments to contain the fire. The house that burned was tucked back several hundred feet from Organ Church Road and is only accessible via a dirt road.

Firefighters were able to contain the fire, but tried not to disturb the scene in order to preserve it for an investigation. Anytime there is a fatal fire, Shinn said, the North Carolina State Bureau of Investigation must be involved. Shinn said that the N.C. SBI was en route to the scene to conduct an investigation. 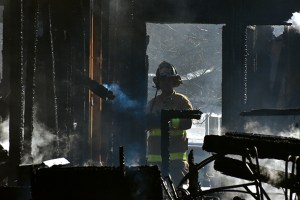 A firefighter looks over the still-smoking rubble of what was once a house. Ben Stansell/Salisbury Post

No first responders were injured while putting out the fire. As the fire was extinguished, neighbors watched from nearby.