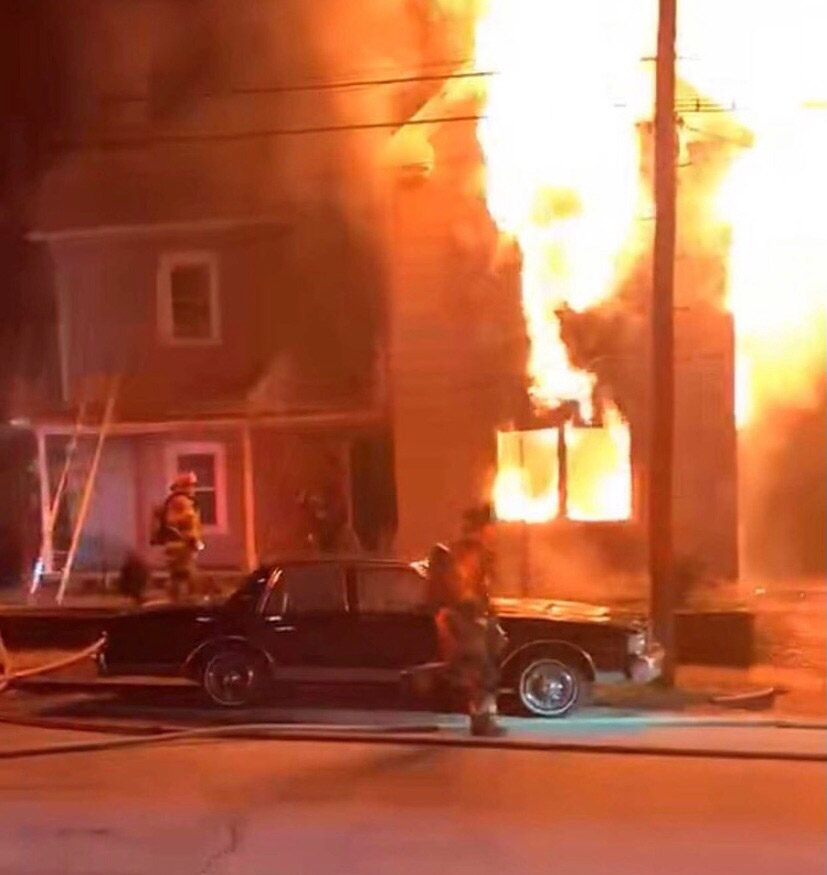 Flames are shown pouring from this home at 508 E. Bank St., which caught fire a day after Christmas. A family of seven were displaced. Submitted photo

SALISBURY — The day after Christmas, Carolina Trujillo and six of her family members lost all of their belongings, including their entire savings, in a house fire while they were visiting a relative in Texas.

The two-story house, located at 508 E. Bank St., caught fire late Saturday night. According to Salisbury City Fire Marshal Terry Smith, the cause remains undetermined. He said there was so much fire damage that the investigation remains open.

Smith confirmed the fire began in a front bedroom and spread upstairs to the second floor, which eventually collapsed. He said the fire is not suspicious in nature.

Joce Juan Trujillo, Carolina’s son, said the family had gone to visit his great-grandmother who had recently recovered from COVID-19. The family ended their trip short after Joce received a text message from a friend about the fire.

His friend confirmed the devastating news with a picture of the house engulfed in flames.

“He sent me a picture and my house was burning up,” he said.

Joce said the family has lost everything, including all of their clothing and money they’d been saving to finish repairs on the house. The family had lived at the home for eight years. It was not insured.

On Monday night, the family searched the remnants of the home with a specific focus on Carolina’s room, which was the origin of the fire. Joce said they initially believed the fire was caused by a space heater.

The only clothing items the family have were what they packed for their trip to Texas. Before leaving, Carolina did the laundry and all of their clothes were still inside her bedroom, which had the greatest amount of damage.

“We only packed a little bit. Everything burned up,” Joce said of their clothing.

Carolina has created a GoFundMe page to help the family get back on their feet. Right now the family is staying at his uncle’s house, Joce said.