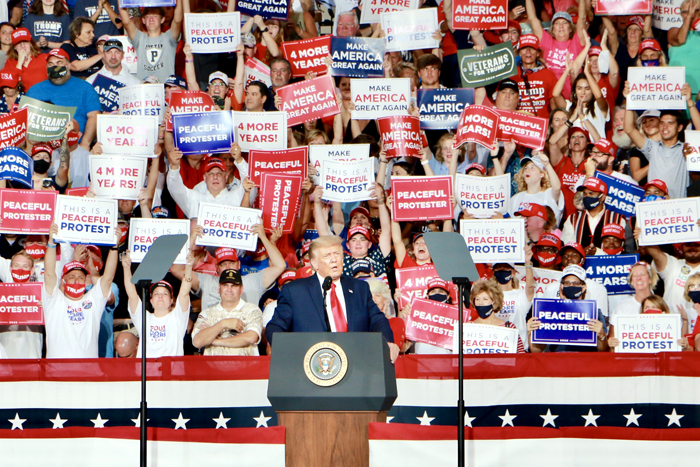 The Associated Press called the race for the Tar Heel State Friday afternoon after most counties had finalized their vote totals.

Trump campaigned aggressively in North Carolina with in-person rallies at the height of the coronavirus pandemic, including gatherings in Fayetteville, Winston-Salem and Greenville. Biden had largely kept off the physical campaign trail and did not personally visit the state in the last 16 days of the election.

Biden’s campaign hoped the counting of as many as 116,000 mail-in absentee ballots in subsequent days would overwhelmingly swing in his favor, but he fell short of surpassing Trump. Regardless, Biden’s victory in Pennsylvania on Saturday propelled him past the 270 electoral votes necessary to win the presidential election. Trump’s win in North Carolina gives him 15 electoral votes, reducing his deficit to 290-232.

Biden holds a slim lead in Georgia, where 16 electoral votes are up for grabs. The race remains too close to call and is undergoing an audit. The Associated Press has not yet called Georgia’s results.

Trump carried North Carolina in 2016 over then-Democratic nominee Hillary Clinton. Former President Barack Obama was the most recent Democrat to win the presidential race in North Carolina, in 2008.