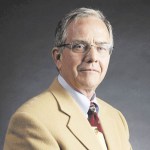 As a child, I have no memory of seeing a person of color in Lakewood, Ohio, the small town where I grew up. Everyone in my church and school was white. Everyone I knew in town was white.

It was not until years later that I realized I had not observed what was missing. In January of 1960, in my senior year of high school, I enlisted in the Ohio National Guard. I was 17 and still a kid.

After graduation, I was shipped off to basic training in Ft. Knox, Kentucky., where I had my first conscious encounter with racism.

Each group of about 50 new soldiers was called a platoon.  As a group, we trained together day and night and slept together in our own group bunk house.  It was filled with 50 bunk beds and an indoor bathroom that had seven commodes crowded in a row along the hallway wall entering the shower room. No walls or doors — just a row of toilets about elbow distance apart from each other.

The day I arrived at my bunk house carrying my duffle bag, I walked into a fist fight between a person of color and a white. The white would not allow the person of color, who was called a racial slur, to use the toilet while other whites were in the bathroom shaving, showering or going to the toilet.

I was stunned, and astonished.  When I tried to intervene and play peacemaker, I was pushed around by several other just-arrived-for-training whites and told to go to my bunk, “or else.” I honestly do not remember how that specific incident ended. I do remember putting my head under my pillow amidst my bunkmates and crying from confusion and fear over what the next three years would be like.

Since we were on a very tight and demanding schedule from “call to duty” (wake up) until “Taps” (go to bed), this meant that 50 or so men used the toilet and showers at the same brief time in the morning and at night until lights out.

I remember after that fight the people of color would get up a half an hour early before official wake up to do their morning toilet and showers so they were out of the way of the whites and shower after lights out for the same reason. They all got one hour less sleep than the rest of us.

One of the major functions of basic training is to take all the new troops and make them into an obedient and rank conscious platoon, trained to follow orders. Punishment for any failure to march correctly, wear the uniform correctly or otherwise be non-compliant resulted in being ordered to do lots of hot, sweaty, early morning kitchen police (KP) and/or four-hour guard duty shifts starting at lights out.

If you were assigned guard duty you had a very short night’s sleep.

Your sergeant assigned you extra duty for any infraction by posting your name on a list you read on the bulletin board on the way to mess hall in the morning. My name was on that list over and over. It took me a week or two to realize I was getting way more such assignments than my fair share.

I did not understand why. I was trying very hard to follow orders and learn how to be a good soldier.

When I asked my sergeant what I was doing wrong, he would simply say I had to “shape up.” This went on for a few weeks, until one of my friends, a person of color, told me that it was because I would often sit with non-whites at meals, or play checkers or sports with them during break time that I was assigned extra duty. He told me to just sit, eat and play with the whites and watch what happened.

After a few nights of good sleep and no KP, my sergeant congratulated me for “shaping up”.

We were near the end of the eight weeks basic training when this “shaping up” occurred, but after the cause/effect became clear, I deliberately went back to socializing with my friends among the group of people of color. My stubborn behavior stopped when all the people of color began to get all of the platoon’s KP and guard duty. If I did not change my behavior, they all got punished.

Thankfully, basic training ended a week or so later.  Unfortunately, my training in racism in America did not.

Koster completed his military enlistment three and a half years later and was discharged with the rank of sergeant E-5.  He then served several years in the Peace Corps in Africa. After completing his higher education, he became a pediatric healthcare administrator with a career interest in how our physical and social environment impacts human health.  He is now a resident of Kannapolis.

By Cal Thomas In providing the crucial fifth vote to strike down a Louisiana law requiring doctors who perform abortions... read more