Dancing Queens and Kings of Salisbury 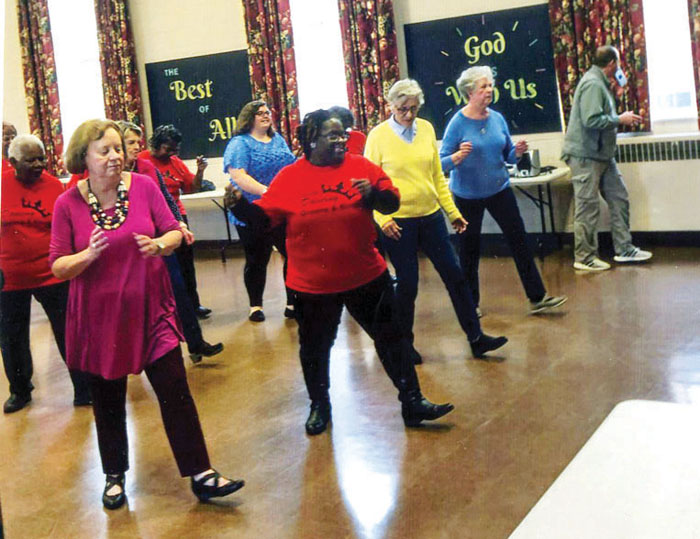 Dancing Queens and King of Salisbury

The Dancing Queens and King Group was created in September of 2017  and sponsored by the City of Salisbury Parks and Recreation Department under the auspices of Healthy Rowan.

Alyssa Smith, director of Healthy Rowan, cited a study from a 2017 collaboration between Robert Wood Johnson Foundation and the University of Wisconsin Population Health institute which revealed that Rowan County ranked 73rd out of 100 counties in N.C. in health outcomes.

The Coalition’s mission was to begin a transformation in our community toward increased physical activity, to help improve overall health and fitness and reduce the risk for obesity and chronic diseases.

Based on this information, a linedance exercise group for mental and physical exercise was proposed to the city of Salisbury’s director of Parks and Recreation, Nick Aceves, and was implemented, utilizing a population of seniors age 55 and up from the West End of Salisbury. Classes were held at Hall’s Gym on West Bank Street twice a week under the direction of a qualified instructor.

The exercise group was named the Dancing Queens and King of Salisbury. During the last two years, the group was invited to perform at nursing and retirement homes, city health fairs, health awareness programs, churches, parade, sororities and health programs.

The group has donated monies to Hurricane victims, high school basketball teams and has volunteered at the Rowan Helping ministries.