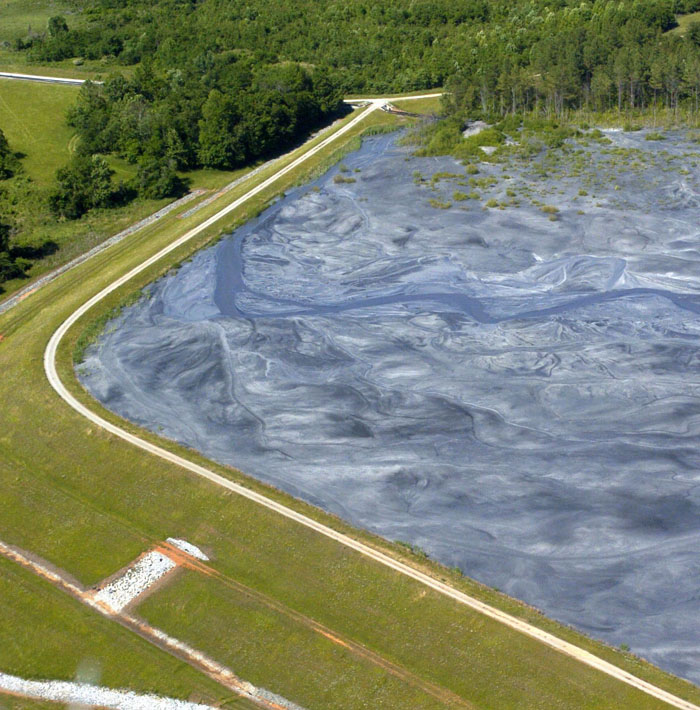 A coal ash retainment pond is seen earlier at the Buck Steam plant along the banks of the Yadkin River just east of I-85 bridge in Rowan County as seen from the air. File photo by Jon C. Lakey, Salisbury Post.

The hearing will take place in the auditorium at North Rowan High School in Spencer and begin with an informational session where attendees can have questions answered before public comments. In addition to the comments received at the public hearing, written and emailed comments will also be considered until March 16 for whether the state should approve the closure plans. Written comments can be submitted to Louise Hughes of the North Carolina Department of Environmental Quality at 1601 Mail Service Center in Raleigh, NC, 27699. Comments can also be submitted via email to rowancomments@ncdenr.gov.

Duke submitted closure plans in December for the excavations, as required by the Coal Ash Management Act of 2016. Also in 2016, Duke, the Yadkin Riverkeeper and the Waterkeeper Alliance reached a settlement that requires Duke to excavate and recycle all coal ash at Buck Steam Station. If not recycled, the coal ash can be transported to a lined landfill away from groundwater and the Yadkin River, according to the settlement. The settlement came at a time when water contamination was a major issue in the rural Dukeville community.

In January, the coal ash debate was settled after Duke, state regulators and environmental advocacy groups agreed to permanently close Duke’s remaining nine coal ash basins in the state by excavating the ash to lined landfills.

Bill Norton, a spokesperson for Duke Energy, said the recycling unit at Buck Power Station is set to begin fully operating in August. Buck is the first of three recycling units in North Carolina.

Norton added that once all three recycling facilities are operating, the units will be able to recycle more coal ash — both old and new — in a given year than the six remaining coal-fired facilities in the Carolinas can produce. This amounts to 400,000 tons of ash per year per unit.

The recycling units will extract excess carbon and make it useable for concrete for strong structures like bridges, Norton said.

Since the public hearings began this month, Norton said, there has been little to no turnout for speakers, which he said signals that the public is “generally pleased” with the closure plans.

Sharon Martin, deputy secretary for public affairs at the North Carolina Department of Environmental Quality, echoed Norton’s remarks. She said when public hearings and informational sessions were held a year ago regarding the closure plans, people expressed that they wanted to have the coal ash excavated.

Additionally, though the closures are part of a legally binding settlement, the Coal Ash Management Act of 2016 requires a formal public hearing for each closure plan.

Edgar Miller, who serves as the executive director of the Yadkin Riverkeeper, acknowledged that the settlement agreement was a good start in the right direction to get the coal ash away from the river.

He said the organization is still looking through the closure plans, as they’re extensive and technical. So, he encouraged the public to attend the Monday public hearing to get any questions answered.