One charged in connection with Sunday fire on Corporate Circle 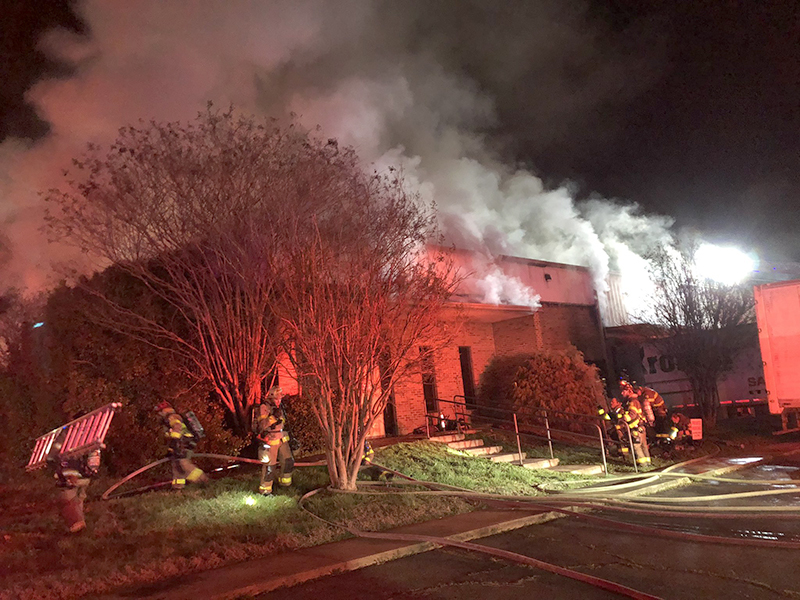 Photo by Salisbury Fire Department - A number of departments responded Sunday to a fire at 823A Corporate Circle.

The Salisbury Fire Department said it responded at 3:12 a.m. Sunday to the fire. There were no injuries and the fire was extinguished within about two hours. There was a large mutual aid response from other departments.

The extent of the damage was not clear.

Warrants for Cohen’s arrest allege he broke into the building at 823 Corporate Circle, though they did not specify the unit number, and stole a “computer CPU” valued at $1,000 and “did willfully and maliciously burn a building within the curtilage of another.”

The charge “burning of other buildings” is contained in state statutes for arson charges. It pertains to items not specifically listed in statutes, including manufactured homes, public buildings, schools, bridges or churches.

Cohen was being held Sunday night on a $75,000 secured bond.

823 Corporate Circle belongs to Clear Choice Investments, which county tax records indicate is located in Granite Quarry. The Salisbury Fire Department said the occupant of 823A is Salisbury Millworks.